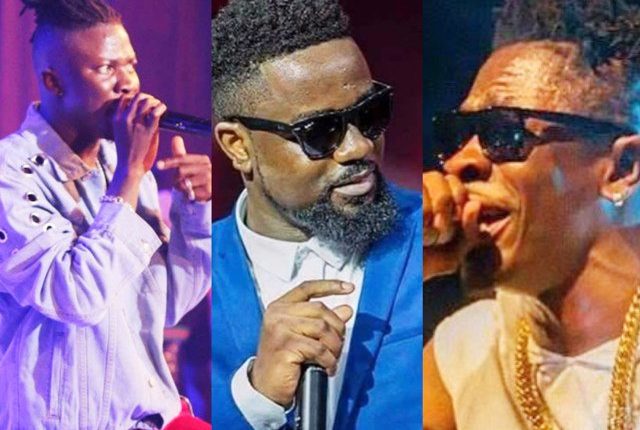 The Vodafone Ghana Music Awards Experience concert which came off last Saturday, May 11, 2019, at the Black Star Square in Accra saw energetic performances from Sarkodie, Shatta Wale, Samini, Stonebwoy and a host of others.

The concert which was closed at the early hours of Sunday saw many big Artistes unite on the night despite several years of beefing.

The likes of Sarkodie, Stonebwoy and Shatta Wale have not been on a good friendship in the music Industry for some time now, the feud between these musicians have been one of a big deal to their followers.

The likes of Shatta Wale and Samini have always been beefing each other since Shatta Wale’s comeback into the music industry after missing in action for some years.

However, during last Saturday’s show at the Independence Square saw a different twist of action, it was not the usual one portrayed always to the music followers.

During Samini’s performance, he took time to deliver a freestyle which seemed to big-up Stonebwoy, Sarkodie and of course his former bitterest rival, Shatta Wale.

For the 30 minutes he was on stage, there was no dull moment as he thrilled the audience with songs like Iskoki, Movement, Obaa, My Own, Linda, Time Bomb and several others.

Watch The Performance Below: