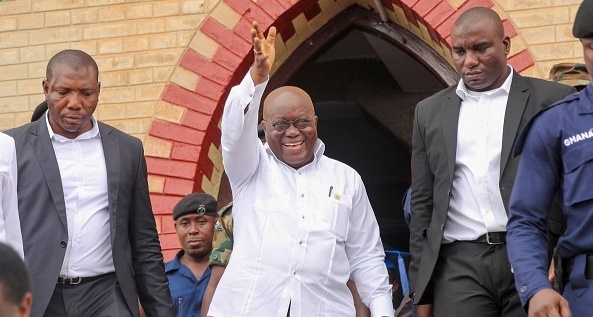 President Akufo-Addo flew out of Ghana on Saturday, January 14, 2023, for the Abu Dhabi Sustainability Week in the United Arab Emirates (UAE) without announcing the much speculated ministerial reshuffle list that almost everyone that matters in his Government and the New Patriotic Party (NPP) has been anticipating.

Prior to the weekend, grapevine talks among deep throats along the corridors of power suggested that the President would announce the ministerial reshuffle before he leaves for Dubai and therefore all stakeholders had kept fingers crossed.

Truth be told, the Presidency has not officially promised any reshuffle but sources close to power had whispered that there would be a change in the composition of the President’s cabinet and that the announcement would be made public before Parliament went on recess last December.

Parliament went on recess without any announcement of a reshuffle, then there were reports the President would make the announcement during his January 1st New Year message but again that one too never came to pass.

Again, reports said President Akufo-Addo would make the announcement in his January 7th address but it never happened. And finally talks that the announcement would be made before the Old Man travelled to Dubai has not materialized.

The President, if there is any Ministerial reshuffle list at all, is certainly keeping it to his chest and has left with it. Perhaps, he would announce this supposed list, when he returns to Ghana on Wednesday, January 25, 2023.

Lobbyists seeking to be appointed into certain positions in the current Akufo-Addo government following news of a planned major reshuffle appear to be very anxious over the delay.

Whereas some persons are optimistic they could be considered for certain key Ministerial positions in the current government in view of what they have been told in camera, others are banking their hopes on promises made to them by certain power brokers they call political godfathers.

The situation which is nerve-wracking has left the rank and file of the New Patriotic Party (NPP) in doubt as to who will actually be maintained or fired from government ahead of the 2024 polls.

This also comes at a time two key Ministers; John Alan Kwadwo Kyeremanten and Dr. Owusu Afriyie Akoto resigned from the government to pursue other interests

It is an open secret that the Ministers for Trade and Industry and Agriculture resigned to allow them time to pursue their flagbearer ambitions for the NPP.

In the ensuing the controversy over who is likely to make it to Akufo-Addo’s latest appointment, many names have been bandied around including former General Secretary of the NPP John Boadu, Member of Parliament (MP) for Nhyiaeso Dr. Stephen Amoah and  former Minister of State at the National Security Bryan Acheampong and MP for Suame, Osei Kyei-Mensah-Bonsu.

The President is also expected to merge some ministries into one as part of a cost-cutting measure to save the public purse some Ghs158million in the 2023 fiscal year.

A new face is also expected to replace Minister of Employment and Labour Relations, Ignatius Baffuor Awuah, who the source says will be reassigned from the labour front where the government expects high pressure in 2023 going into 2024.

Many people including some 90 NPP MPs expect President Akufo-Addo to also name a new Finance Minister to replace Ken Ofori-Atta who since last year has had an irreconcilable difference with both sides of the house.

There is however  intense lobbying happening over who get to keep their job and who will be sacked or reassigned as the NPP is set to announce a road map for parliamentary and Presidential primaries late this month.

Sources reveal the list is not finalized and could be subject to change right to the very minute of announcement.

President Akufo-Addo will depart Abu Dhabi on Thursday (19 January) to London for a six-day private visit.

He was accompanied by the Minister for Foreign Affairs, Shirley Ayorkor Botchwey, Minister for Energy, Matthew Opoku Prempeh, Minister for Lands and Natural Resources, Samuel Abu Jinapor, Minister for Environment, Science, Technology and Innovation, Dr Kwaku Afriyie, officials from the Office of the President and Foreign Ministry.

It is unclear if the big announcement will take place during his absence or on his return but what is certain is that there would be a reshuffle.

Plan for a million Christians to visit Jesus site