Police in the Asokore Mampong Municipality of the Ashanti Region have recovered the body of a 35-year old Washing Bay attendant from a Concrete Water Tank at Nima-Moke, close to the Kumasi Airport.

According to the owner of the Wofa Koo Car Washing Bay, the deceased, Akwasi Amoah, who was drunk, sat on a tank half full of water and suddenly fell into it and drowned on Saturday, April 7, 2018, after they had ended the day’s work.

The Washing Bay owner, Kojo Tawiah, narrating the incident to Citi News said some of his workers detected a body lying in the water tank measuring 2.5 meter deep, and 1.25 meter above ground level on Sunday morning. 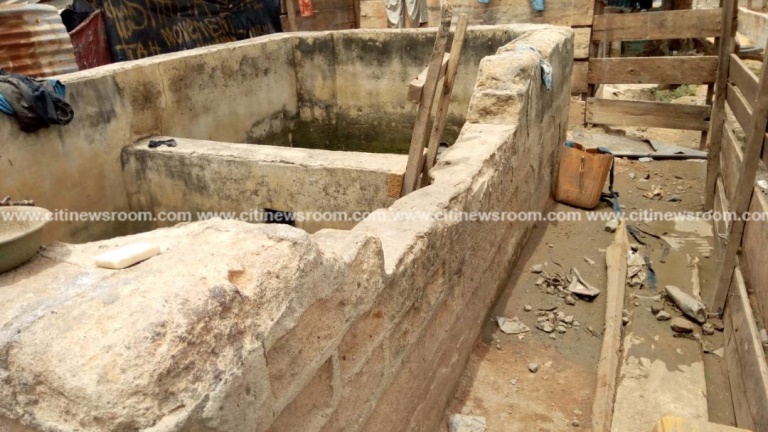 He said he had sacked the deceased two-weeks ago because of his drinking habit.

The deceased, who lives close to his former workplace usually frequents the place to converse with his former co-workers.

Mr. Tawiah further explained that the deceased had gone to work at another Washing Bay Service after he sacked him from his place.

“It was yesterday (Sunday) when I came work with some of my workers, we were trying to operate the pumping machine but it was not responding. So one of my boys went to the tank and later told me he saw a body in the water. So I called the other workers to come around and we later found out it was my worker I sacked two-weeks ago,” he explained.

He added that it is not the first time the deceased has fallen into the water tank.

The body has since been deposited at the Komfo Anokye Teaching Hospital (KATH) morgue for preservation and autopsy.