Australia is overtaking the UK as the world’s second biggest destination for international students, says research from University College London.

Researchers at UCL’s Centre for Global Higher Education say the UK is being pushed into third place behind the United States and Australia.

Australia has been rapidly expanding its international student numbers.

The British Council says it shows the UK needs to “look again” at its policies towards overseas students.

An analysis this year found that overseas students added £20bn to the UK’s economy – and universities in the UK have warned that immigration rules after Brexit will need to be more welcoming for students.

The UCL study has tracked the latest movements in international students and report author Professor Simon Marginson says Australia is moving ahead of the UK.

He warns that Canada is also catching up in taking a growing slice of the lucrative overseas student market. 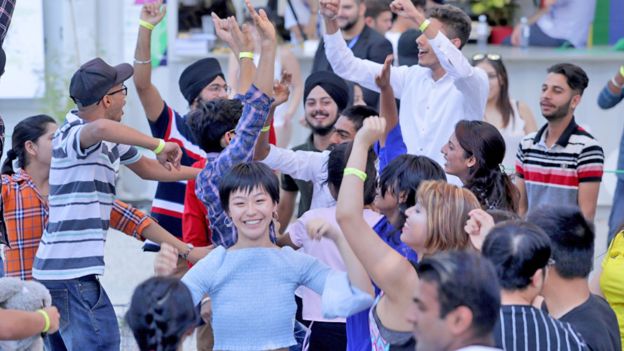 Three years ago the UK was recruiting around 130,000 more overseas students than Australia, says Prof Marginson, who is also co-chair of the Higher Education Commission’s current inquiry into international students.

But he says successive years of Australia having increases of 12% to 14% in overseas students have seen it catch up and overtake the UK, which has been growing much more slowly.

Official student figures for 2018 from the UN’s education agency, Unesco, will not be published until after the end of this year.

But the UCL researchers are “certain” that Australia is on the verge of moving ahead of the UK in overseas students and this “may have already happened”.

Australia has been marketing itself as an English-speaking country with high-performing universities, with an attractive climate and a welcoming culture for overseas students.

This year’s Best Student Cities rankings put Melbourne and Sydney in the top 10 – although London was the highest ranked of all.

Australia has succeeded in attracting students from outside Europe, particularly from China.

The research from UCL warns that the UK’s future intake of international students will depend on keeping its appeal for European students.

Last week, the government set out post-Brexit plans that would keep open the door to visa-free travel for European Union students coming to UK universities.

But there was no detail on whether EU students would have to pay full international fees.

Universities in the UK have been campaigning for overseas students to be taken out of net migration figures.

A spokeswoman for the British Council said that international students are “an immense source of long-term influence and soft power for the UK”.

She said the UK was competing with countries with “welcoming visa policies” and “comprehensive international education strategies”.

With the approach of Brexit, she said “it has never been more important to reinforce and open up international channels for the UK”.