Hundreds of supporters and sympathizers of the opposition National Democratic Congress (NDC), have poured onto the streets of Techiman in the Brong Ahafo Region, to participate in the party’s 5th Unity Walk.

The walk, which is being led by former president John Dramani Mahama, saw the party’s members move through principal streets within the main Techiman Township.

The Saturday morning exercise forms part of the NDC’s efforts towards fostering unity within the party, after its humiliating defeat in the December 2016 election. 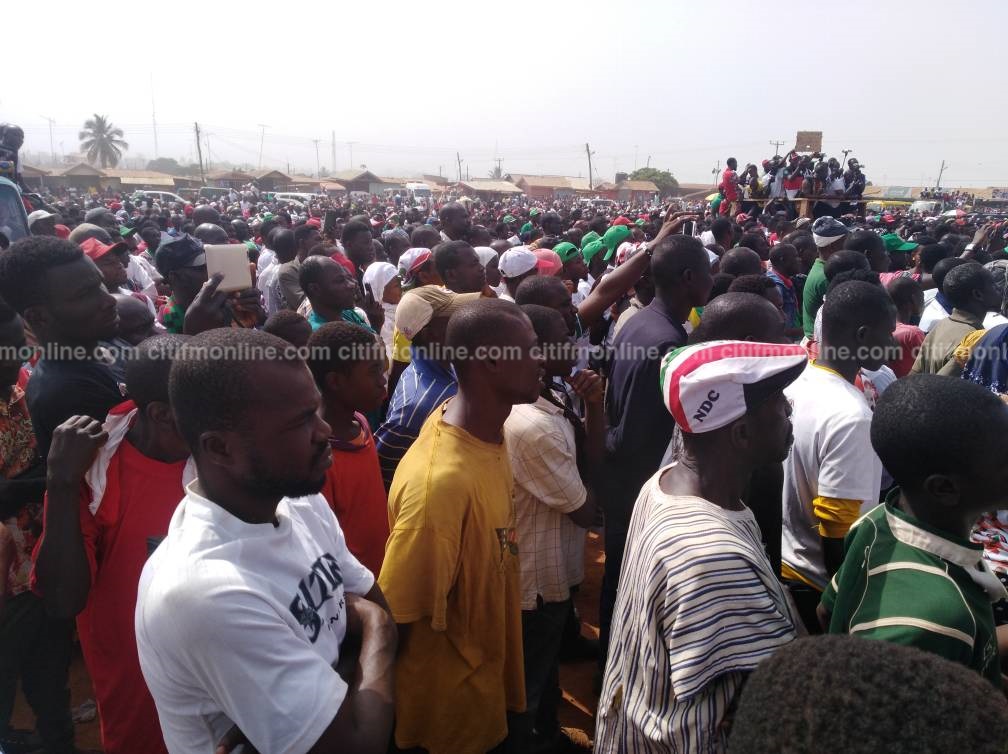 The Sunyani walk comes after previous ones held in Cape Coast, Tarkwa, Tamale, and Accra.

They are expected to converge on the Zongo School Park for a rally which will be addressed by the former president.

Former President John Mahama’s active participation in the recent unity walks as well as some of his recent public utterances, have led to suggestions that he plans to lead the party again into the 2020 presidential elections. 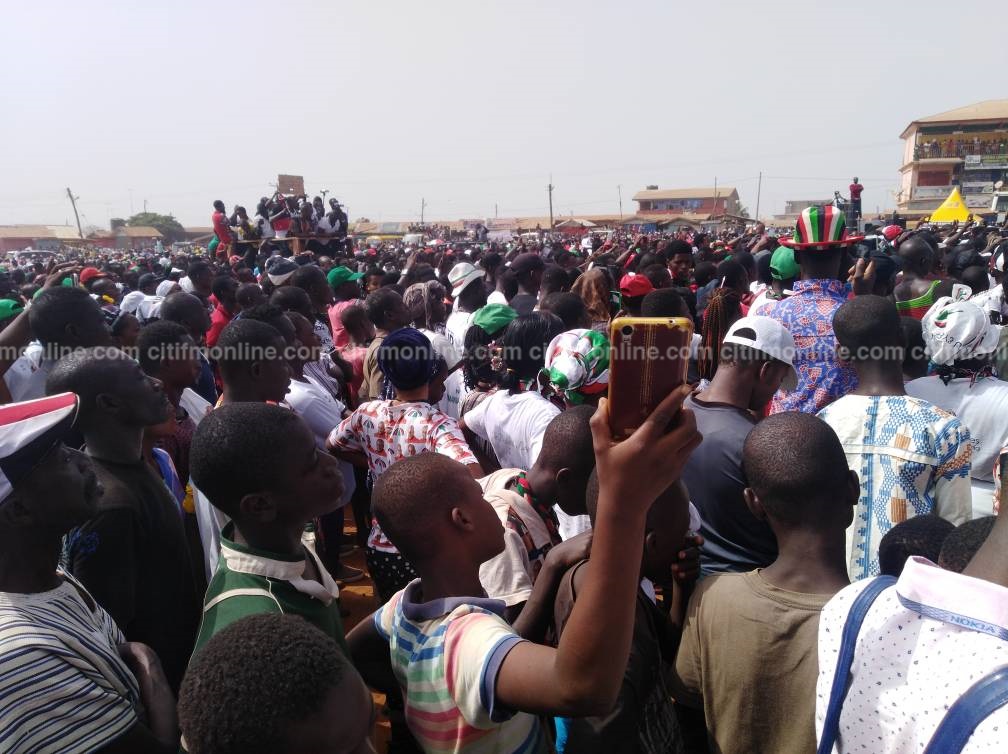 While some leaders of the party have kicked against the anticipated move, others have said he is the best bet for the party going into the next elections.

Meanwhile, others such as Dr. Ekow Spio Garbah, a former Trade and Industry Minister under the John Mahama government, have also indicated that they will contest the party’s flagbearership primaries to hopefully lead the party in 2020. 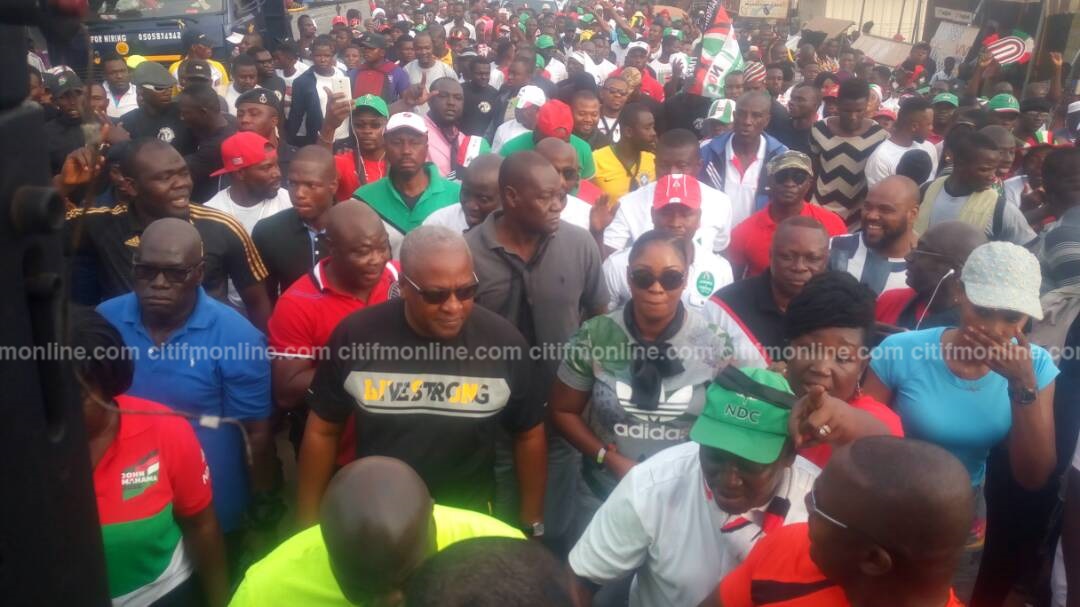 At a recent media interaction where Spio-Garbrah said he had gained enough experience to lead the country. He was endorsed by former National Security Coordinator Brig. Gen. Nunoo Mensah as the best bet for the country’s future. 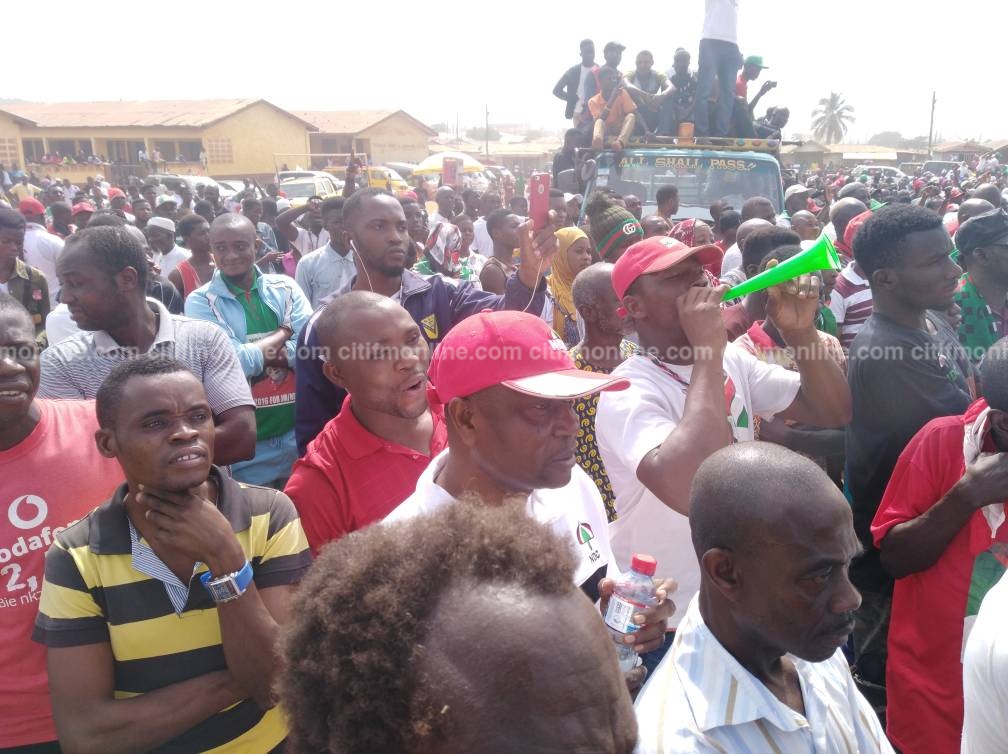