A year after Vice President Mahamadu Bawumia said the government was considering the advice of the Ghana Charismatic Bishops’ Conference to use concrete for roads nationwide instead of asphalt, the Tema Steel Works and DVLA roads have become the first in an attempt to implement the policy.

On Thursday morning, Dr. Bawumia cut the sod for the construction of the Tema Steel Works and DVLA Roads in the Tema Metropolis, and said this was to be the first step in a new direction he hoped the Ministry of Roads and Highways would continue.

“The road, when constructed and properly maintained, should last over 40 years. I want to urge the Ministry of Roads and Highways to sustain this policy direction in using concrete roads as the preferred pavement types on heavy axel roads like those in the industrial areas of the country,” the Vice President stated.

He said Tema, given its standing as an industrial bub, needed “durable roads to link the industries to the port as well as other parts of the country. 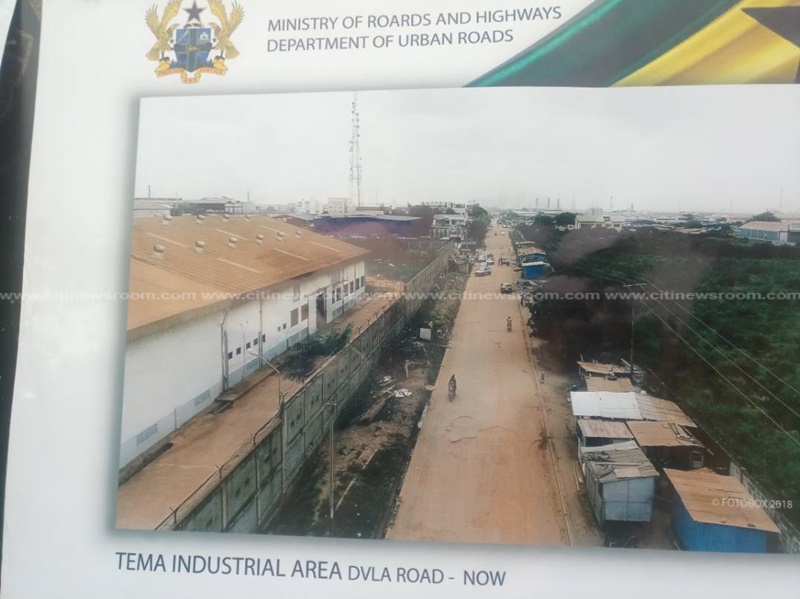 “It is imperative that government addresses the poor nature of the roads in the area and to ensure that we have good quality roads for our industrial hubs. The government has initiated the construction of the Tema Steel Works road and the DVLA road. This is an inner city road and in that sense, is a pilot on concrete roads for our inner cities,” Dr. Bawumia added.

This project is being funded solely by the government, and it is expected to be completed within 18 months.

In March 2017, the Ghana Charismatic Bishops’ Conference urged the government to increase road tolls and further suggested that the proceeds be used to improve roads.

According to the proposal, this new road network was to be built using concrete; specifically 10 inches of concrete with the width of three lanes 12 meters wide, for several miles.

The group cited the Tema motorway as an example of a concrete road that has served Ghana for decades.

The Vice President concurred with the Ghana Charismatic Bishops’ Conference’s assessment, noting that “most of the other asphalt roads, after a year of rainfall, are gone.”

ALARM BLOWS OVER SCAM AT PORTS …UNIPASS Systems Not Superior