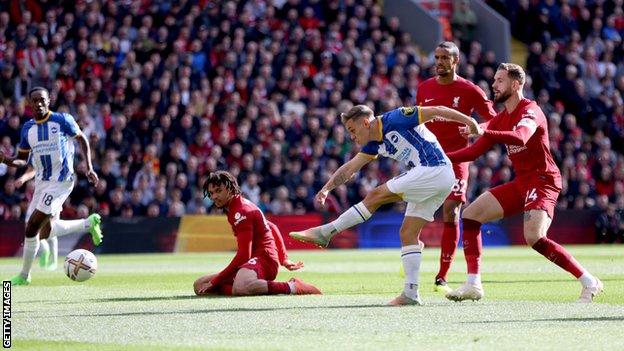 Brighton produced a blistering second-half performance to thump Liverpool 3-0 at the Amex and move above their hapless visitors into seventh place in the Premier League.

Liverpool arrived on the south coast knowing they could find themselves as low as ninth in the table – and 10 points off the top four – if results went against them this weekend.

That ought to have been enough to motivate Jurgen Klopp’s side as they pursue Champions League football next season, but they were outplayed by Brighton from the first whistle.

Roberto De Zerbi’s impressive side were wasteful in the first half but found their range after half-time as Solly March’s double (46, 53) and Danny Welbeck’s volley (81) secured the points on a truly memorable afternoon for the club.