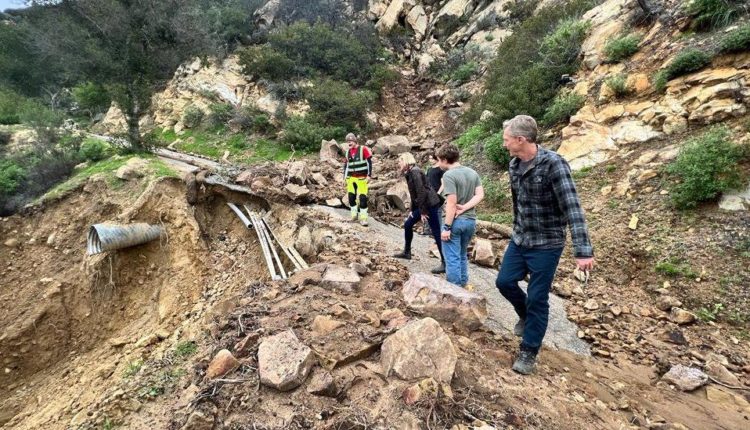 Around 25 million people in California are under a flood watch this weekend as the latest in a parade of deadly storms drenches the state.

Several waterways have flooded, at least 19 people have died and thousands have been told to evacuate their homes.

A mudslide here killed 23 people in 2018 and many are afraid it could happen again.

Rita Bourbon credits Italian stone masons with saving her life. The craftsmen built her home more than a century ago and she says it’s like a fortress.

She survived the storm five years ago, crying inside with her daughter and some friends as they listened to the sound of boulders and other houses ripped from their foundations crashing into her home.

The next day, the neighbourhood up the coast from Los Angeles was wrecked and almost two dozen were dead, including her neighbour whom she found in her garden in the mud.

“It’s a sound I used to love,” she says of the creek burbling in her garden, which is now bursting with ripe citrus and persimmon trees, as a blue heron drinks from her muddy pool.

Montecito creek became a violent, raging flow again this past week, prompting fire officials to issue a “Leave Now!” warning to the entire community, which includes some of California’s most famous residents such as Oprah Winfrey, Prince Harry and Meghan Markle.

The evacuation order in Montecito has been lifted, but residents remain on edge. And with so much of the land already saturated, the risk of flooding and landslides is very real.