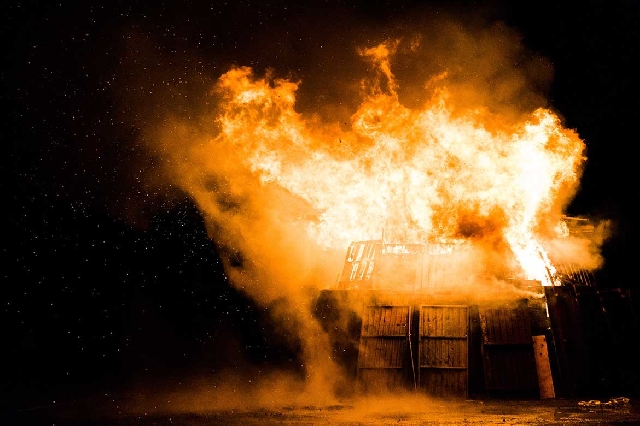 AN INFERNO has caused massive destruction at Sofoline in Kumasi, the Ashanti Regional capital, THE NEW PUBLISHER has been told.

The fire started around 8pm on Friday and it travelled at top speed due to the dry weather, consuming everything in its path, the police has disclosed.

A team of police and Ghana National Fire Service (GNFS) personnel rushed to the fire scene to douse the blaze and also maintain law and order there.

According reports, the entire place was looking very quiet as the shop owners had closed their shops when the inferno suddenly started to spread.

The fire fighters, per the reports reaching the paper, did a yeoman job to battle the fire, which was traveling at a lightning speed due to the harmattan.

According to reports, because of the dry weather, it took the fire personnel more than three hours before they brought the inferno under control.

The exact cause of the fire was not immediately known when the report was being filed. Investigations are underway to detect the case of the fire.