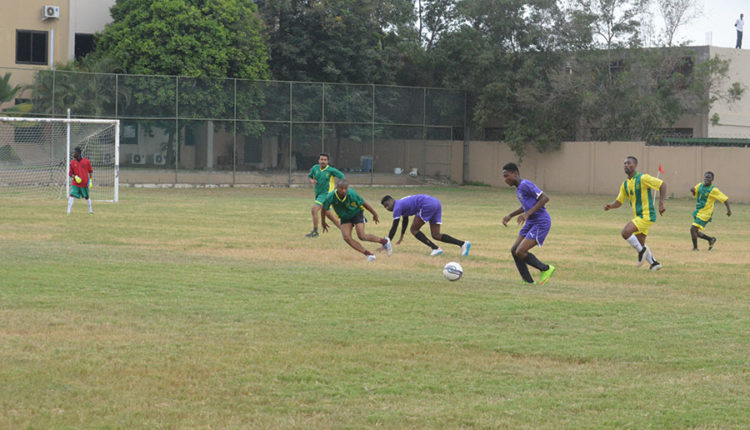 BUOHO HAVE been crowned as the new champions of the famous Ashtown Inter Areas Football Gala in Kumasi.

The new champions fought really hard to beat defending champions, Abrepo by 6-5 via penalties in the final match.

Abrepo were leading by 2-1 and with just one minute to end proceedings, when Buoho snatched a vital late equalizer.

Penalty kicks was therefore required to pick the winner and Buoho, deservedly, won by 6-5 on Monday evening.

There were wild jubilations at the plush-looking Konadu Yiadom Park when Buoho players lifted the glittering trophy.

However, Napo, who doubles as the Energy Minister, could not watch the final match due to his busy schedule.

He was, however, well represented by some top NPP executives in the Manhyia South Constituency.

Nana Owusu Afriyie, the NPP Manhyia South Financial Officer, said he was thrilled by the high standard of football on display.

He said Napo usually organize the football gala in Ashtown during Christmas to serve as a platform to unearth future football talents.

Nana Owusu also said the tournament would help to deepen the peace and unity among the communities in Kumasi.