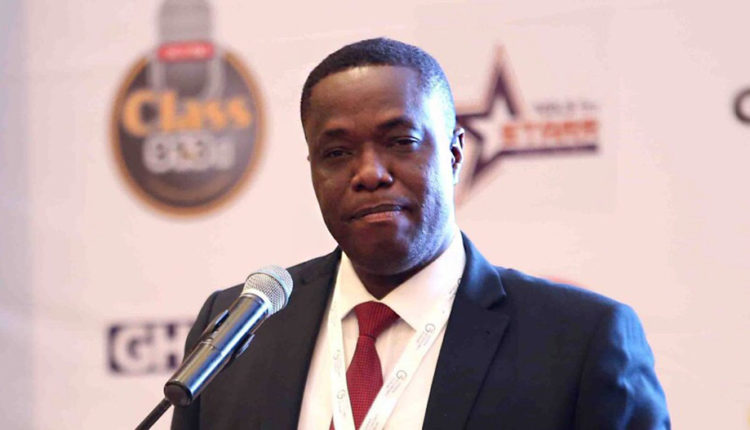 Solomon Lartey, the President of the Chartered Insurance Institute of Ghana (CIIG), has urged all players in the financial industry to unite and fight against the Domestic Debt Exchange Programme (DDEP) instituted by government.

At his investiture as the new president of CIIG, Mr. Lartey, CEO of the Africa Sureties and Insurance Advisory Company stated that the financial services industry, which is made up of the insurance, banking, securities and pensions companies, should unite and collaborate to find a suitable solution to the Domestic Debt Exchange Program (DDEP).

Mr. Lartey emphasized the interconnectivity of these various units within the financial services industry, hence, the need for them to act as one.

“In fact, we are different sides of the same coin. Whatever affects one side, affects the other as well” Solomon Lartey noted.

The new President of the CIIG stated that without exemption from the exchange, insurance companies will not be able to fulfill their obligations with total liabilities of over GH¢5.96 billion and that over 7.5 million insurance policies will be impacted, potentially resulting in thousands of people losing their livelihoods.

“Insurance companies (life and non-life) pay over GH¢4.3million worth of claims to companies and individuals on daily basis. This also would be lost. Note that these figures do not include pensions, health and securities, the picture are much worse than it seems”.

The CIIG President said it would be sad to see all the gains made to increase insurance coverage to more than 40 per cent destroyed due to this Debt Exchange Programme.

Turning his attention to the banking sector, Mr. Lartey highlighted that 17 out of the country’s 23 commercial banks would see their Capital Adequacy Ratios (CAR) drop below 10%, resulting in the need for over GH¢16 billion in new capital injection to stay in business if the banks are not exempt from the exchange program.

According to Mr. Lartey, banks could incur losses as high as GH¢14.5 billion and would have to reduce the size of their operations to keep some portfolios afloat without exemption from the exchange program.

“This will lead to a credit squeeze and high cost of credit. The trickle-down effect on industry and commercial activities in Ghana would be dire” he noted.

Meanwhile, the Ghana Association of Bankers (GAB) has also directed commercial banks not to sign onto the amended debt exchange offer over uncertainty surrounding the impact of the debt restructuring on the banking industry.

The association has communicated its concerns to the managing directors of banks and stated that it wants these issues to be addressed before accepting the debt exchange offer, as per a letter sent by the association.

GAB instructed its member banks that may be considering the debt exchange in its current form to formally inform the association before doing so.

“From the uncertainty surrounding the programme, GAB recommends that all banks must stay any further movement on the exchange until our demands have been met. However, in the event that a bank may have to move forward to exchange, the MD/CEO must inform the CEO of GAB directly of the decision.”

The World Economic Forum’s 2023 Global Risk Report states that energy supply crisis, cost-of-living crisis, rising inflation, food supply crisis and cyberattacks on critical infrastructure are among the top risks in 2023 that have the potential to cause significant impact on a global scale.

This, Mr. Lartey said was evidenced in the current economic crisis faced by Ghana namely: high inflation, depreciation of the cedi; high fuel prices; and a high national debt necessitating another visit to the IMF and the current Debt Exchange Programs.