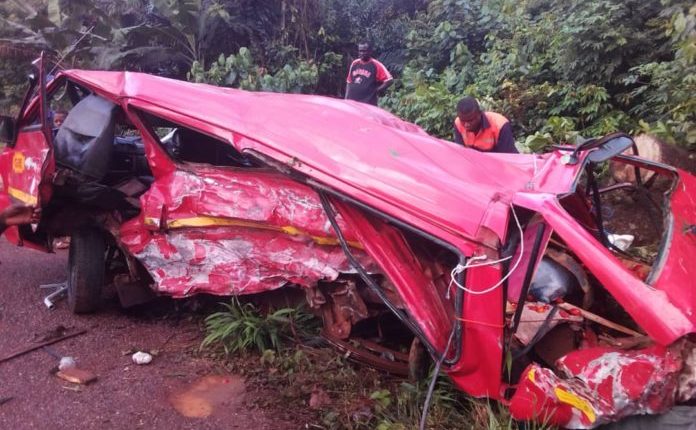 TWO PRECIOUS human lives have been lost on the Kumasi to Offinso highway in the Ashanti Region.

It happened when a Yutong bus, said to be driving at top speeding, collided with a faulty articulator truck.

The truck was parked in the road but the bus driver did not see on time so he rammed his speeding vehicle into it.

The dangerous crash caused the instant demise of two people, including and driver’s mate and a passenger.

It occurred at Denase-Kodie in the Afigya Kwabre South District, which is located on the Kumasi-Offinso road.

Eyewitnesses who rushed to the accident scene said about 12 people sustained severe injuries after the accident.

“The injured were rushed to the St.Patrick Hospital and the Komfo Anokye Teaching Hospital in Kumasi”, they said.

Meanwhile, the police in the Ashanti Region are said to be investigating the exact cause of the gory accident.