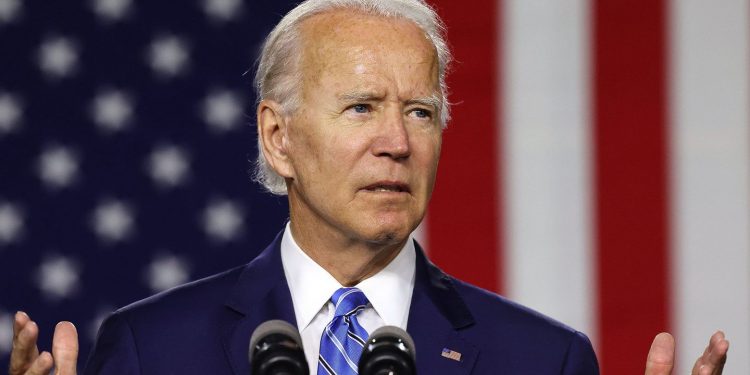 About 10 of the files were discovered in a locked closet at the Penn Biden Center in Washington in November by Mr Biden’s legal team, said his lawyer.

The batch has been handed over to the National Archives.

Mr Biden’s predecessor, Donald Trump, is facing a probe for taking classified files to Florida after his presidency.

According to the BBC’s US partner CBS News, the FBI is involved in the inquiry into classified documents found at the Penn Biden Center, and US Attorney General Merrick Garland has been asked to review the papers.

Mr Biden’s lawyer said they relate to the period when he was vice-president. But it is unclear what the documents relate to, the level of classification involved or why they were there.

A source familiar with the matter told CBS News the batch did not contain nuclear secrets and had been contained in a folder in a box with other unclassified papers.

Richard Sauber, special counsel to President Biden, said in a statement to CBS on Monday that the files were discovered just before the midterm elections by Biden attorneys who were clearing out the office space.

Mr Sauber said: “Since that discovery [of the documents], the president’s personal attorneys have co-operated with the [National] Archives and the Department of Justice in a process to ensure that any Obama-Biden Administration records are appropriately in the possession of the Archives.”

His statement did not explain why there was a two-month delay in revealing the discovery, which happened just before the midterm elections.

In September, President Biden appeared on CBS and was asked for his reaction to a photo showing the documents recovered at Mr Trump’s Florida home, Mar-a-Lago.

“How anyone could be that irresponsible?” the president said.

Mr Trump reacted on Monday on his social media site, Truth Social, asking: “When is the FBI going to raid the many homes of Joe Biden, perhaps even the White House?”

Mr Trump is under investigation for allegedly resisting requests to give back about 300 classified documents that he took to Mar-a-Lago after leaving office. The National Archives tipped off the authorities in that case.

The Biden files were discovered shortly before the justice department announced it would appoint an independent lawyer to decide whether to criminally charge Mr Trump over the files found at his golf club.