Garbage at frontage of Jubilee House cleared after report

Some workers within the sanitation sector were spotted on Monday sweeping and cleaning around the official seat of government, Jubilee House, following a report detailing the filth engulfing the area and other parts of Accra.

A report by the Finder newspaper captured how workers paid to clean the city are failing to deliver on their mandate.

It said persons who sweep the road and collect garbage left heaps of refuse along the principal streets of Accra.

Additionally,  it said refuse are piled along the principal streets from the frontage of Jubilee House to the Army Officers’ Mess which is opposite the 37 Military Hospital.

At 37 Military Hospital area, the report said refuse was heaped against the walls of the Army Officers’ Mess. 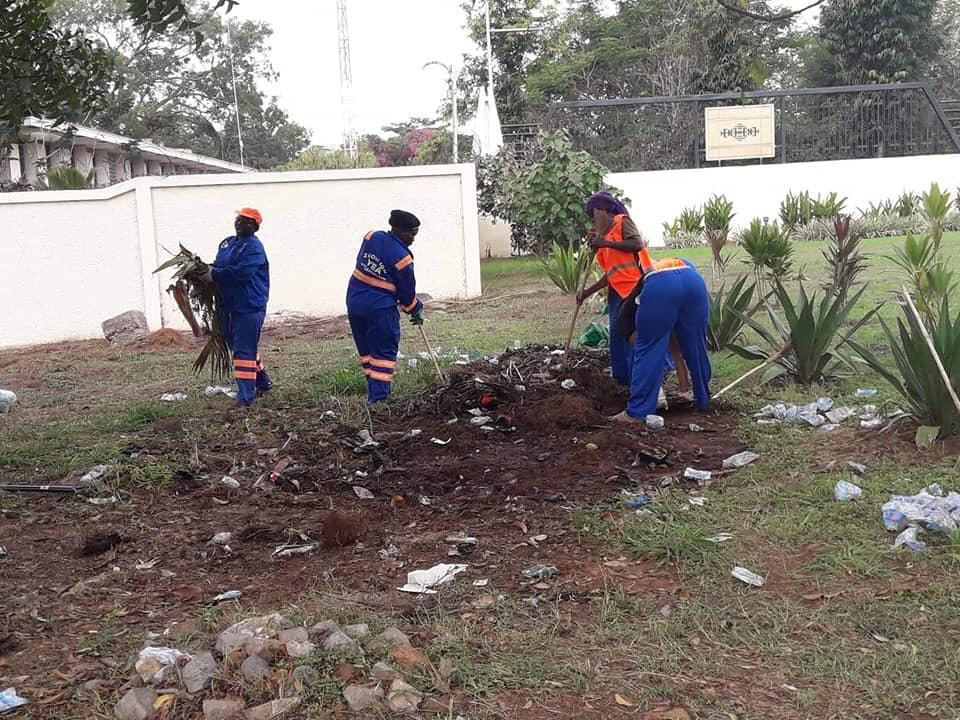 This comes days after the President indicated that sanitation in the country had improved significantly since he promised to make Accra the cleanest city in 2017.

“Last year, I reiterated before you, my pledge of improving sanitation in the country and making Accra the cleanest city in Africa by the end of my term. Mr. Speaker, there has been a significant improvement in sanitation even though I acknowledge that more can be done,” Akufo-Addo told Parliament in the delivery of his 2019 State of the Nation Address.

He said the country had increased the capacity of solid waste it manages from 16% to 53%, noting that the government in 2018 alone constructed more than 35,000 household toilets to deal with open defecation.

There Is Power In Your Mouth