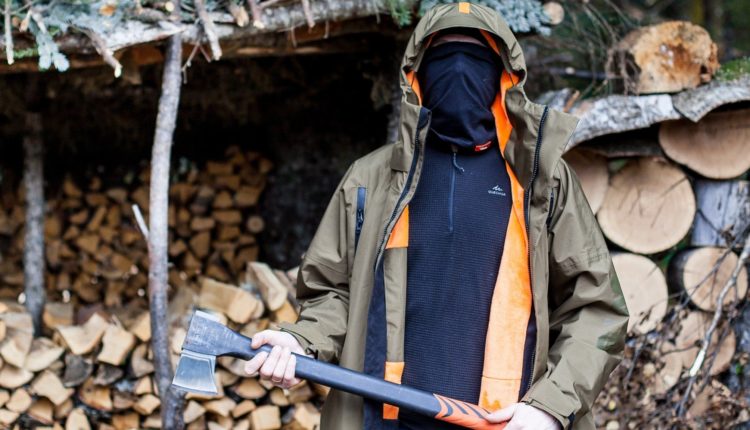 When Vladimir Putin announced a partial mobilisation of Russian men in September last year, it took Adam Kalinin – not his real name – a week to decide that the best thing he could do was move to the forest.

The IT specialist was against the war from the start, receiving a fine and spending two weeks in detention for sticking a poster saying “No to war” on the wall of his apartment building.

So when Russia said it was calling up 300,000 men to help turn things around in a war it was losing, Kalinin did not want to risk being sent to the front line to kill Ukrainians.

But, unlike hundreds of thousands of others, he did not want to leave the country.

Three things kept him in Russia: friends, financial constraints and an unease about abandoning what he knows.

“Leaving would have been a difficult step out of my comfort zone,” Kalinin, who is in his thirties, told the BBC. “It isn’t exactly comfortable here either but nevertheless, psychologically, it would be really hard to leave.”

And so he took the unusual step of saying goodbye to his wife and heading for the forest, where he has lived in a tent for nearly four months.

He uses an antenna tied to a tree for internet access and solar panels for energy.

He has endured temperatures as low as -11C (12F) and exists on food supplies brought to him regularly by his wife.

Living off-grid, he says, is the best way he can think of to avoid being called up. If the authorities can’t hand him a summons in person, he can’t be forced to go to war.

“If they are physically unable to take me by the hands and lead me to the enlistment office, that is a 99% defence against mobilisation or other harassment.”

In some ways, Kalinin continues his life as before. He still works eight hours a day in the same job, although throughout winter – with its limited daylight – he doesn’t have enough solar power to work full days and so makes up his hours on the weekend.

Some of his colleagues are now in Kazakhstan, having also left Russia after mobilisation began, but his internet connection via a long-range antenna strapped to a pine tree is reliable enough that communication is not a problem.

He is also a lover of the outdoors, spending many of his past holidays camping in southern Russia with his wife. When he made the decision to move permanently to the wilderness, he already had much of the equipment he needed.