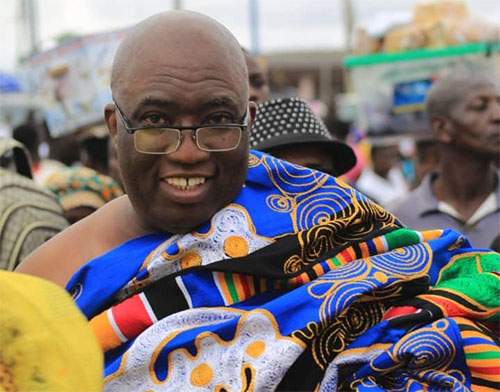 Following Hon. Ghartey’s interview with Umara Sanda on Citi FM’s Eyewitness News, there were false media reports accusing him of blaming the NPP for the failure of the Accra Sky Train Project.

But the veteran politician who was the Minister of Railways Development at the time negotiations were held for the Sky Train Project, has set the records straight, reiterating clearly that the President Nana Akufo-Addo’s Government was never to blame for the non-execution of the project.

Below is his statement reacting to the fake reports:

My attention has been drawn to various headlines concerning the Sky Train in my interview on Citi FM, Eyewitness News, on January 17th 2023. It is alledged that I said that the said project was not realised because of budgetary constraints. One headine states that I said “ That it was not constructed because of lack of funds”. Another stated that I blamed NPP for the project not being done.

There is nothing further from the truth. I stated that it was Build Operate and Transfer and the investors were the ones funding the project not government.

Furthermore, I stated that after the agreement was signed in November 2019, the investors were to bring a team from South Africa in 2020 to complete all the engineering designs etc, which would have determined the exact cost of the project. This. I said would enable us determine the term of the concssesion agreement.

All this was premised on the investors coming back to conduct a full detailed study and costing. The agreement was signed in 2019, November and early 2020 due to COVID both Ghana, the destination of the investment and South Africa ,where the experts to conduct the detailed study were coming from, were locked down.

I never blamed government or said the project was not executed because of lack of government funding. It was never to be funded by government, in any event. I have attached a copy of a recording of the interview.