The Minority caucus in Parliament is set to file processes at the Supreme Court for an interpretation on whether or not voters’ ID card can be used as proof of nationality for the registration and issuance of the Ghana card.

The leader of the Minority side, Haruna Iddrisu, revealed this on Wednesday.

He said the Minority firmly believes that many Ghanaians will be denied the opportunity to register and be issued with the Ghana card since the National Identification Authority (NIA) has limited the proof of citizenship to passport and birth certificate.

Addressing the press in Parliament, Haruna Iddrisu said the Minority will continue their boycott of the registration process in parliament until a determination on the matter.

“This exercise must be all inclusive…  As a matter of seeking legal clarification on the status of the voter ID card as reference, we will question that in the Supreme Court of Ghana on the basis of their earlier rulings and position on the matter,” Haruna Iddrisu told Citi News.

“The National Democratic Congress representatives in parliament we are a very responsible minority and we owe the people of Ghana a certain explanation on a major national exercise that is taking place. We will maintain a boycott of the exercise until some legal issues are resolved to the satisfaction of all Ghanaians. Only 2 million Ghanaians have passports and only 7 million have birth certificates, it means that only 7 million are being considered for this exercise having listened to the CEO of the NIA where he indicated that only the passports and the birth certifications will be required for the purpose of registration. It is our strong view that the voters’ ID card, which produced a government is a legitimate reference document,” he added.

The Minority said the NIA’s decision to exclude holders of the voters’ ID from the registration was premised on a wrongful interpretation of the landmark 2016 judgment in the Abu Ramadan vs Electoral Commission case.

But speaking to Citi News, the Public Relations Officer of the NIA, Francis Palmdeti, said the NIA was strictly following the law governing its activities. 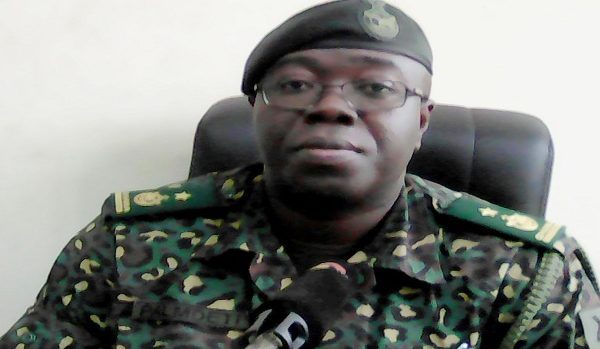 “NIA is just implementing the law, and for us not implement the law in the manner it has been passed will be a breach of the law. We are not willing to breach the law passed by our august house. I am of the view that, just like any other citizen of this country, who may have an issue with the legislation, they [Minority], are entitled to exercise their right in the court. If that is the route the minority wants to go, we as an institution do not have an objection to that,” he said.

Although the National Identification Authority (NIA), has clarified its identification scope for the Ghana card registration, saying persons without passports and birth certificates could get relatives who will stand in as guarantors during the registration process, the Minority says it is not convinced.