The victim of the shooting incident at the Moree tollbooth in the Central Region, says her three children who were in the car when a police officer courageously fired at them, have been left severely traumatized.

According to the woman who got injured as a result of the shot fired by Lance Corporal Richard Kwakye, the three children get scared anytime they see Police officers, and sometimes shout 50 pesewas in remembering the incident.

Recounting the incident on that fateful Sunday, she expressed shock about the fact that the police officer wanted to handcuff them after the shooting, but for the timely intervention of passers who came to their rescue.

The woman, who sustained a deep cut on her thigh from the car’s broken glass as a result of the gunshot, has been treated and discharged, but continues to nurse her wound at home.

She expressed mixed feelings about the handling of the near-fatal incident so far by the police.

She however said DCOP Paul Awini, the Central Regional Police Commander has exhibited the best professionalism since the inception of the issue but called for justice to prevail in the matter. 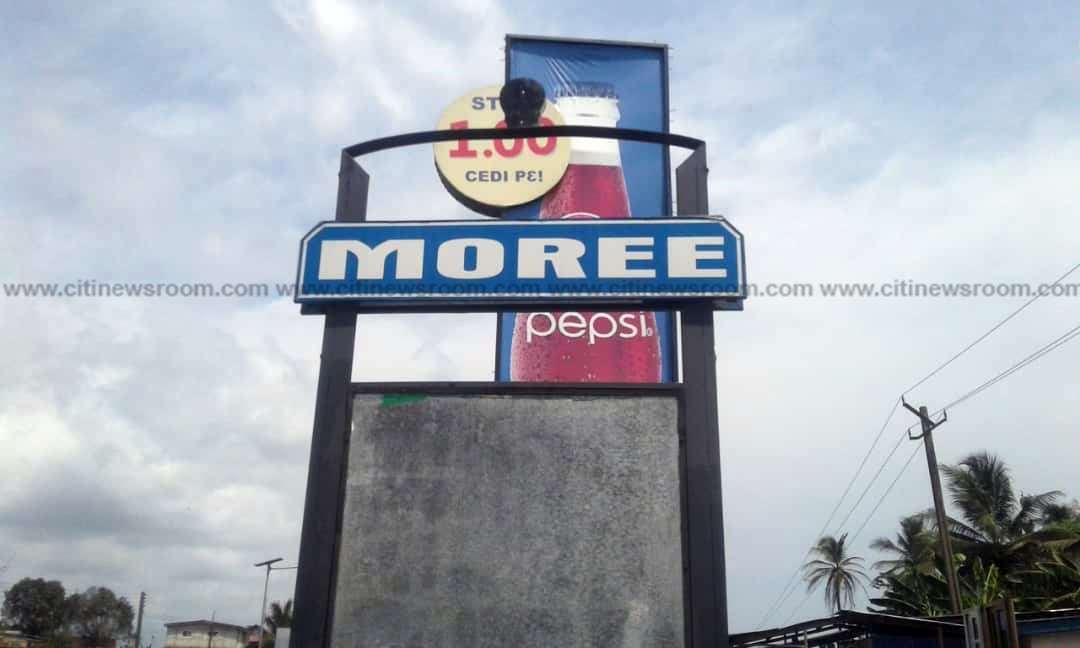 Narrating further how the shooting incident occurred  to Citi News’ Central Regional Correspondent, Calvis Tetteh, she said they were returning from a church service in Cape Coast on that Sunday, heading towards Mankessim.

She said upon reaching the Moree Toll booth, the husband took out 50 GHC to pay for the toll fee of 50 pesewas, but the toll booth attendant insisted on a smaller denomination.

She said her husband decided to park and look for a smaller denomination to pay the toll, since there were other cars behind them, only for them to hear the sound of gunshot fired at their car.

“My two year old daughter shouted Jesus and that is what saved us” she recounted.

She was however quick to add that passersby at the Moree Toll booth area almost lynched the Police Officer, but for the timely intervention of his colleague police officers at the time.

“We thank God for being alive because we were a family of five in the vehicle as at the time” she added.

She is however calling for justice to be prevail in the matter, adding that the entire family is traumatized.

According to her, the Central Regional Police Command has also taken the responsibility of fixing their damaged saloon car for them.

When reached out for comment on the state of the police officer in question, the Central Regional Police said the matter is still under investigation.

It is thus unclear whether the said officer is still at post or has been suspended.

The Ghana Police Service has been severely criticized for several unprofessional acts, that have in some cases led to loss of human lives and/or left some citizens maimed.

Security Analyst, Dr. Kwesi Aning, has supported calls for the restructuring of the training curriculum for police recruits into the Ghana Police Service.

According to him, such a restructuring to equip police personnel to offer effective services is long overdue.

He made the comment in support of a suggestion by DSP Kartey Otumi, the Eastern Regional Operations Commander of the Ghana Police Service.

DSP Kartey Otumi said the six-month training programme for police recruits is not enough to ensure professionalism and discipline.

Schools Without Chairs; Pupils of Sokabiisi in Bolga Sit on bare Floor