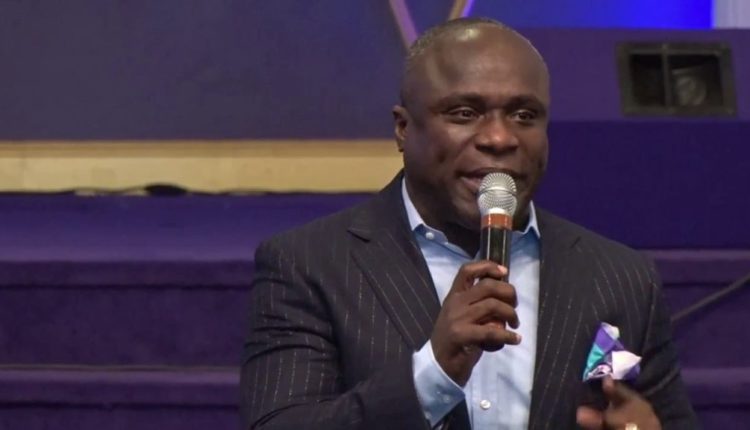 In a statement on Tuesday, the embattled preacher disclosed that he has taken note of the MP’s allegations designed to muddy his reputation.

According to him, the claims by the legislator are inaccurate.

He however noted that since the NDC lawmaker has referred the issue to the Commission on Human Rights and Administrative Justice (CHRAJ), he will withhold any further comments.

“I have taken note of some defamatory publications and allegations made against my person by Samuel Okudzeto Ablakwa, MP for North Tongu.

I am also informed that Mr. Ablakwa has petitioned the Commission on Human Rights and Administrative Justice (CHRAJ) to investigate the said allegations he has levelled against me.

“I wish to assure the general public that the statements made by Mr. Ablakwa are a twisted narration of events to pursue a malicious political agenda.
There has never been any criminal intent nor any crime committed in my dealings with the Government of Ghana or the National Cathedral”, the theologian stressed.

“I look forward to the (CHRAJ) enquiry during which I will present my side of the matter to the Commission.

“I will subsequently also address the matters fully in public without first seeking to prejudice the public mind as he has done.

Additionally, when all is done, I will seek redress against Mr. Ablakwa for his deliberate defamatory statements against me”, he noted.

In conclusion, the preacher pledged his commitment to the success of the construction of the National Cathedral, despite the impasse.

“I will continue to contribute my quota to the National Cathedral project and offer my services to the Country to the best of my ability”, Rev Kusi assured.

North Tongu MP, Samuel Okudzeto Ablakwa is calling for the immediate resignation of the founder of the Power Chapel Worldwide from the National Cathedral Board of Trustees.

Ablakwa alleges that Rev. Victor Kusi Boateng as the Secretary of the Board created multiple identities on the blind side of the state; an act he deems criminal.

In a Facebook post on Monday, the MP alleged that Mr Kusi Boateng disguised his identity as ‘Kwabena Adu Gyamfi’; a name he used in registering a company (JNS Talent Centre Limited), which received payments from the National Cathedral Secretariat.

In his view, this amounts to a conflict of interest, hence the need for the preacher to resign to pave the way for investigations into what he says is a fraudulent act.

“Rev. Victor Kusi-Boateng AKA Kwabena Adu Gyamfi thought he had outwitted every Ghanaian, particularly our authorities whom he dribbled for many years; but the day of reckoning is finally here.

The revelations and demands by the NDC lawmaker come in the midst of lingering public debates about the relevance of the National Cathedral project.

According to the project’s critics, even though they recognise the need to honour God, the timing of the project is not prudent.

In their view, given the prevailing economic crisis in the country, it is needless for government to focus on such a project in the face of the glaring hardship and the demoralising macroeconomic variables.

The critics have further argued that the project is a personal campaign promise of President Akufo-Addo and therefore state resources should not be allocated to its execution.

Meanwhile, proponents of the project, including Victor Kusi Boateng, have maintained that the Cathedral will benefit the country in many useful ways.

In multiple justifications for the project, the advocates of the Cathedral have stated that when completed, it will serve as a tourist destination to help generate revenue for the country.

This they say is one of the reasons why the novel project must not be stifled with opposition and ridicule.