Rose Gold: The Fashion Trend That Just Won’t Go Away

Walk along a fashionable street, from London to Jakarta, and you’re likely to see passers-by wearing at least one item of rose gold clothing, or carrying a rose gold bag or accessory.

The colour, an unusual shade of pink, seems to be everywhere these days, but it’s gone far beyond fashion and jewellery.

At Milan Furniture Fair in April – the largest annual interior furnishings fair in the world – rose gold kitchens were all the rage.

The colour has been popping up vividly at weddings, in cakes at trendy patisseries, and if you need a new set of wheels, now you can get a rose gold car.

But why is it so popular?

For most of the general public, the first we’d ever heard of the colour was when Apple launched the rose gold iPhone 6S line in September 2015.

The iPhone 6S was one of Apple’s most popular launches, with 40% of all pre-orders for the rose gold model. 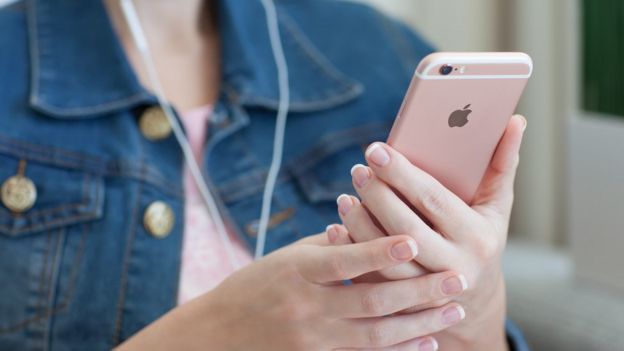 It was the gadget for celebrities and social media influencers – a rare occurrence where those who were fashionable actually took notice of a gadget launch event, and even more unusually, signalled that the iPhone 6S was the “must have” item of the season.

However, rose gold was actually around long before it was chosen to be the finishing on a smartphone. According to leading fashion trend spotting agency WGSN, rose gold first started becoming popular in 2012, when it began being regularly featured in jewellery.

This led to some rose gold creations on the catwalk from designers like Jimmy Choo and Cavalli, in part due to a rising trend for copper-coloured items, inspired by interior designer Tom Dixon’s penchant for copper lights and homeware in 2013. 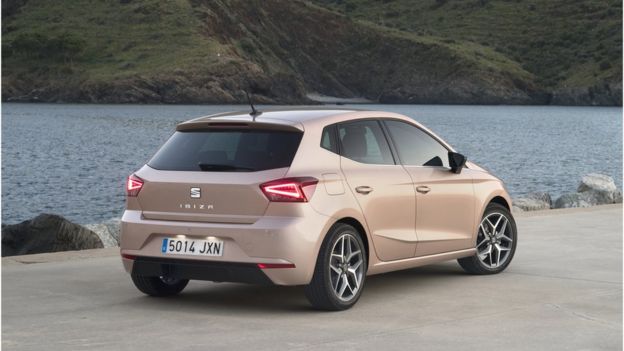 “When we see a trend develop is when we see lots and lots of examples of it, and it creates a pattern,” WGSN’s colour director Jane Boddy tells the BBC.

“The copper trend definitely would have affected rose gold, because copper is very similar to rose gold, and copper enabled people to embrace metallics.”

Ms Boddy said that the rose gold iPhone caused the colour to “hit critical mass”, and because of this, in 2016 the colour was named Pantone Colour of the Year, under the moniker “rose quartz”.

Fashion, furnishings and weddings are typically heavily influenced by the advice of Pantone, which is famous for its colour swatch matching system.

Each year, Pantone comes up with a colour, and that’s what fashion designers, High Street clothing retailers, home furnishing experts and the wedding industry takes notice of. 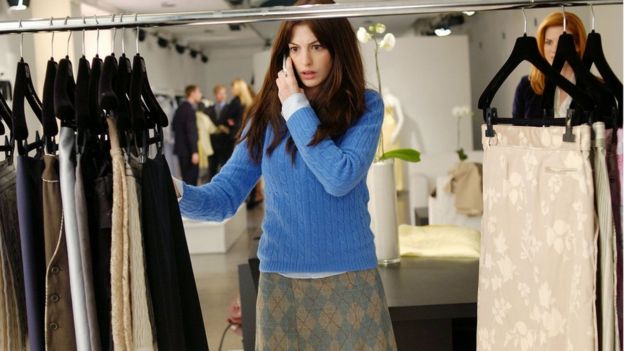 But for some reason, rose gold is still as popular as ever. According to Marie Claire’s digital fashion editor Penny Goldstone, millennials have held on to pink because it photographs well in posts on social media.

“I would say rose gold has become a pop culture phenomenon. It’s been around since 2015 but it’s still massively popular,” she tells the BBC.

“It’s all about matching everything. So on Instagram you’ll have people posting a picture where they’re drinking a glass of rosé while sitting on a pink lounger, wearing a vintage pink 50s swimsuit.”

Multiple retailers have told the BBC over the last 12 months that their research on products is now heavily influenced by trends on Instagram.

“High Street brands will still be influenced by styles on the catwalks, so if the catwalks are showing one colour, they will still make some stuff inspired by those collections, so the public can buy into the style cheaply,” says Ms Goldstone.

“But then they will look at micro trends – what’s hot this summer – so if a bunch of influencers are all wearing the same dress on Instagram from Topshop, then they’ll stock a similar product.”

In Ms Goldstone’s opinion, millennials first began falling in love with rose gold in 2014 when the film The Grand Budapest Hotel came out, as it featured a lot of luxurious retro pink interiors. 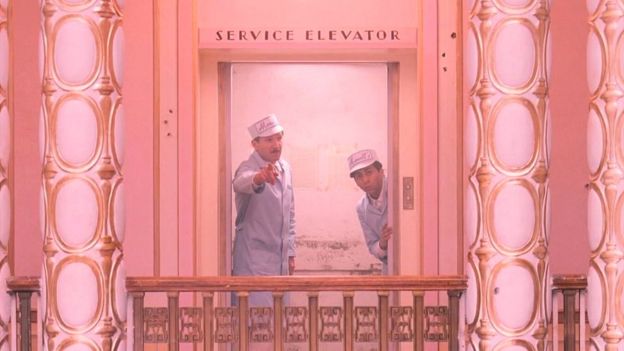 Panasonic conducted a market survey of women aged 20-29 in Germany, France and the UK, and was told that respondents preferred their beauty products like hairdryers and hair straighteners to be in rose gold, because they identified the colour with being feminine, elegant, and premium.

Spanish automotive manufacturer Seat observed a trend in rose gold, and told the BBC that it brought out a rose gold version of its Ibiza hatchback to “give a more sensitive touch to the automotive world”.

However, Ms Goldstone says that millennials have continued to focus on rose gold, almost as a sort of psychological protest against the many world events of 2016 that they found depressing.

“Pink used to be scorned, but with the rise of millennials, it was almost seen as a cool thing because it’s kind of ironic. You’re going back to a girly pink but you’re wearing it ironically,” she explains.

“Celebrities died, there was the Black Lives Matter movement, lots of shootings, it was the year of Brexit, Trump was elected, and just before that in November 2015 there was the Paris terrorist attacks – people wanted to focus on something positive.”

WGSN is firmly convinced that the trend for rose gold has peaked. However, other brands said that rose gold had definitely had a big impact on sales and demand for products across fashion, jewellery, beauty, weddings and bridal couture. 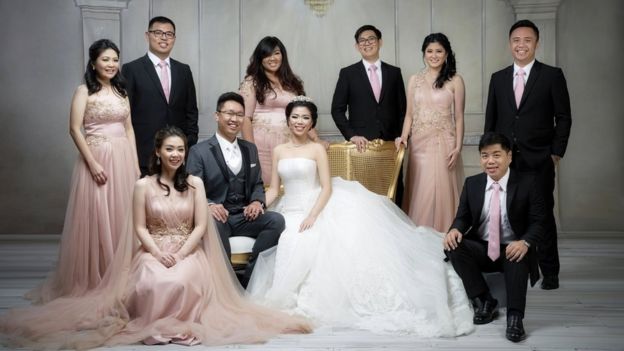 Stella Lunardy, a wedding dress designer in Jakarta, Indonesia, says customers began demanding rose gold dresses in the second half of 2016, and to date, she has now designed over 130 couture gowns for brides, bridesmaids, and mothers of the bride.

“In my opinion the trend is very different here – in Indonesia, our colours this year are silver, rose gold, maroon, champagne and gold,” said Ms Lunardy, who has designed gowns for Indonesian celebrities and international beauty pageant contestants. “Lilac is very uncommon here.”

British cake design firm Poppy Pickering says that it takes a while for trends to make it to the wedding industry, so rose gold has only become popular since late 2017. 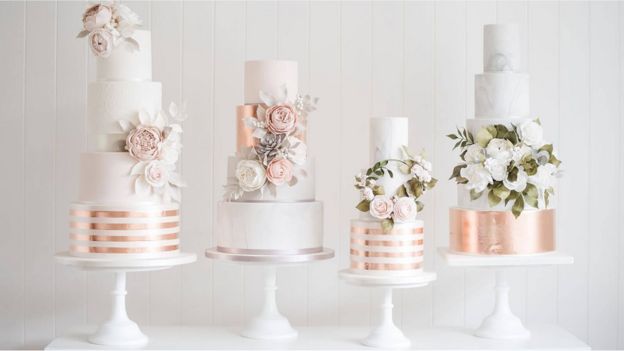 “I’ve got a lot of rose gold incorporated into the cakes this year. I feel like it’s still a trend because it coordinates really well with blush and it’s a lot warmer than gold,” Dominique Pickering, a cake designer with Poppy Pickering tells the BBC.

“I’m surprised it took so long for rose gold to feed through – it took a while for people to find the props to go with the cake, and then it picked up.”

Jo Snook, a home furnishings blogger and manufacturer of personalised wooden crates and retail display units, agrees that it is now much easier to find rose gold in homeware stores.

Ms Snook, who has 34,000 followers on Instagram, spent £1,000 to decorate her home in rose gold, but she has only seen high street retailers stocking rose gold products over the last few months. 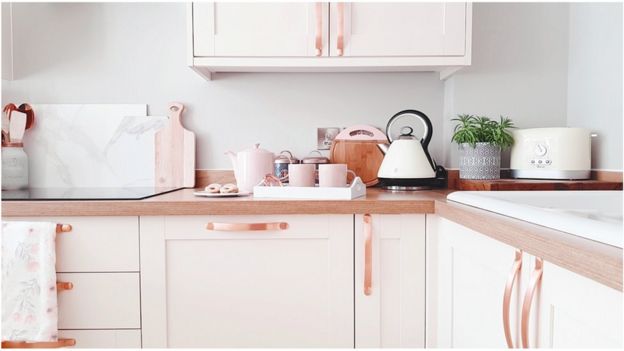 “Home decor is a lot like like fashion where new seasons see new trends, but I think there are enough people that love it that its not going to die out completely,” says Ms Snook. “It’s too pretty a colour.”

New Look says it will keep including the colour in its collections for as long as consumers have demand for it.

Melissa’s Ms Scherer agrees: “When we analyse the collection to see which products sold across our 270 stores worldwide – with almost every product, the number one selling version is rose gold.”

The brand also follows the advice of Pantone each year, but the experiments sometimes have unexpected results.

“We tried making our world best-selling product Melissa Mar sandals in lilac this season, because we tried to see what the consumer wants, but the lilac version didn’t sell at all, and we had to increase our stock of this shoe in rose gold,” says Ms Scherer. 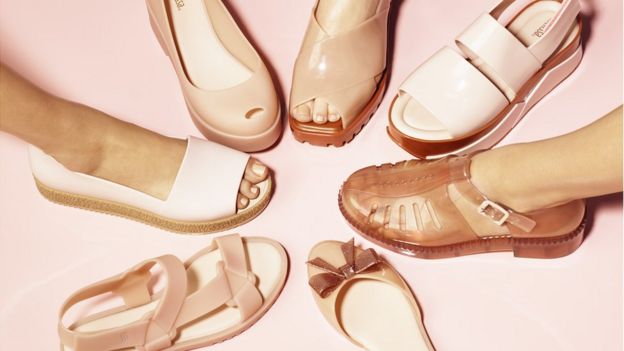 Italy And NGO In Row Over Migrant Deaths

Leadership of men in marriages, relationships, and homes