Managers of the VIP Jeoung Transport Company in Kumasi have indefinitely suspended the driver who left about 30 passengers stranded in the middle of their journey to Kumasi a fortnight ago.

According to the passengers who spoke to Citi News, the driver reversed to chase a saloon car from which an object which broke the bus’ windscreen had been thrown.

When the panic-stricken passengers challenged the driver and demanded that he should resume the trip to Kumasi, the incensed driver got off the bus and left them to their fate.

The dissatisfied passengers subsequently reported the matter to authorities of the Kumasi bus station, demanding an apology from the intercity transport giant.

Speaking to Citi News, the Assistant Secretary of the Kumasi VIP Station, Francis Asamoah, who is in Accra for a meeting over the matter, condemned the action of the driver.

He stated that the driver had appeared before the company’s “Disciplinary Committee” where a decision was taken to suspend him indefinitely, until the company completes its investigations into the incident.

He said the company remains committed to providing excellent services to its passengers. 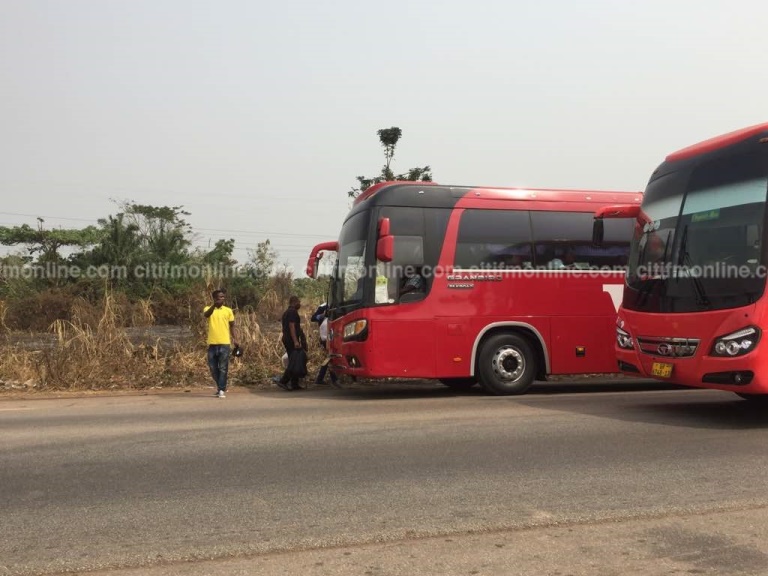 The angry passengers who narrated the incident to Citi News had expressed their disappointment at the driver’s actions arguing that hr could have used a better approach to address the matter, instead of putting their lives at risk.

According to the passengers, the pleaded with the driver not to chase the saloon car but the cries fell on deaf ears as he jumped out of the bus and into a taxi to continue his pursuit. 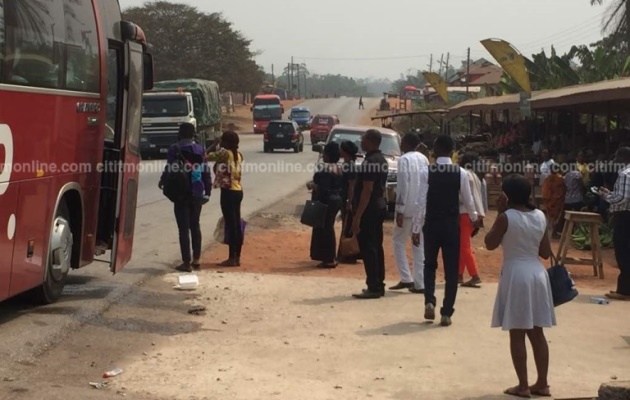 “On our way when we passed by a little town called Dadieso, near Nkawkaw, all that I head was a big bang. I was reading by then, so when I raised my head, I saw that the right side of the windscreen had burst and pieces of glass falling all over. So when we tried to find out, we were told that an oncoming car had thrown something and it hit the windscreen,” one passenger said

“But the driver, instead of stopping and checking on the health of the passengers, he rather in the middle of that small road reversed and started coming towards Accra. I challenged him and he said he was chasing the car from which the object came from. So he packed by the road just by the railway line, abandoned us and left.”

The passengers eventually joined some VIP vehicles that were also heading towards Kumasi.

“Some of us, with the help of the driver’s mate, contacted the VIP [head office in Accra] so a few of us had to board some of their buses that were also heading towards Kumasi,” he added.

Another lady who was on the bus said: “we all started shouting at the driver when he reversed the vehicle.”

“He [Driver] got out of the bus and jumped unto another VIP bus and sped off. Some of the passengers took taxis and mini vans that were heading to Kumasi. Someone contacted the head office of VIP and they said they will set up a committee to investigate it. I don’t know what they are going to do. It was really terrible. This driver should be called to book,” she added.