The Accra Metropolitan Assembly on Sunday morning began removing all unauthorised billboards along some principal streets of Accra.

The exercise, which began on the Ring Road stretch, is expected to continue to Korle-Bu and its environs. 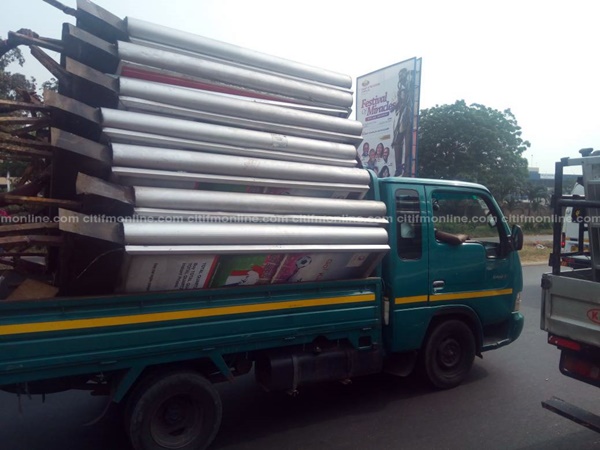 Billboards and signage causing clutter and congestion at traffic intersections and junctions are expected to be removed.

Flagpoles placed on pedestrian walkways have also been earmarked for removal by the AMA personnel. 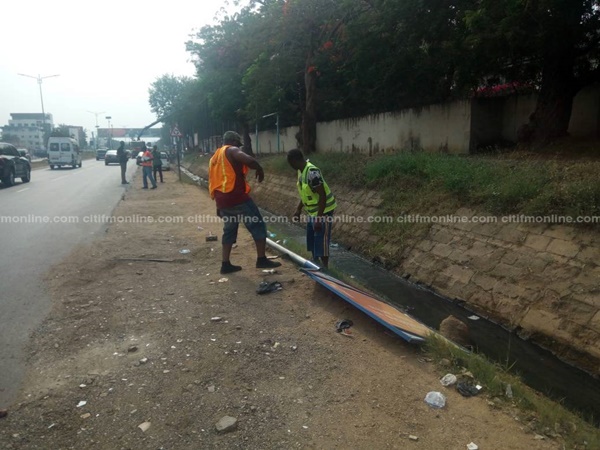 In 2017, the AMA gave indications it was putting steps in place to sanitise advertising spaces by removing haphazardly-placed billboards and unpermitted signage.

Some of these billboards have been described as threats to public safety because of a number of incidents involving them collapsing onto people and property. 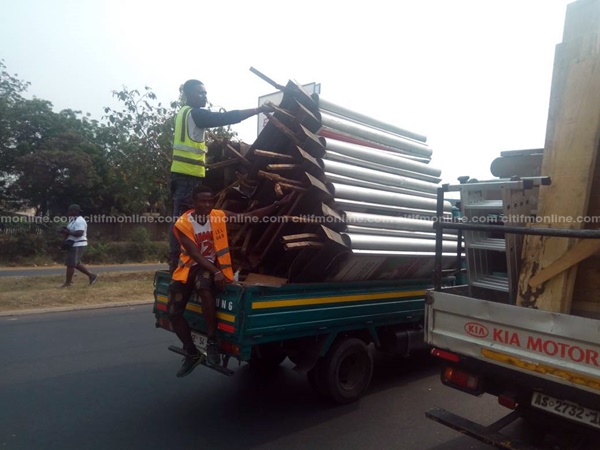 This exercise follows efforts by the AMA to clear unauthorised structures and hawkers off pavements in the metropolis earlier in January.