President of Policy Think Tank IMANI Africa, Franklin Cudjoe has expressed concerns over the logistical challenges faced by the Ghana Police Service, saying the situation is hindering its efforts at providing adequate security in the country.

His comment was in response to the recent attack at the Kwabenya District Police Headquarters which led to the killing of a police officer on duty and the freeing of seven inmates, three of whom have since been rearrested.

Following the incident, many have questioned the quality of the country’s security, as the police station in question lacked basic equipment such as Close Circuit Television (CCTV) cameras.

Aside this latest incident, several other police officers have also lost their lives over the years while in the line of duty.

Speaking on Citi FM’s News Analysis Programme, The Big Issue, Mr. Cudjoe attributed these incidents to logistical challenges, saying the situation has made it impossible for the Police Service to effectively provide security to Ghanaians.

Apart from the logistical challenges, Mr. Cudjoe pointed out that another factor that had contributed to the Service’s inefficacy is the unfair treatment of police officers over the years, particularly in relation to remuneration.

“We do not have to belabour the point that the Police Service has not been treated properly. The welfare of the Police is a serious matter. As we speak only 6,200 of them are properly accommodated out of the 38,000 and over so clearly we do not have a service that is befitting to even take care of themselves.”

There have been several robbery incidents in many parts of the country, with constant reports of political vigilantism, over a year after the New Patriotic Party [NPP] came into office.

Between December 2016 and 2017, Citi News recorded over 20 separate cases of political party violence.

A few days ago, some thugs believed to be aligned to the governing New Patriotic Party(NPP) in the Wa municipality of the Upper West Region, ransacked and vandalized the private residence of the Municipal Chief Executive of the area, Issahaku Moomin Tahiru.

The rampaging youth also vandalized the family house of the MCE and two other houses belonging to his supporters.

On Tuesday, the Information Minister, Mustapha Hamid assured that persons involved in the Kwabenya incident will be arrested to face the law. 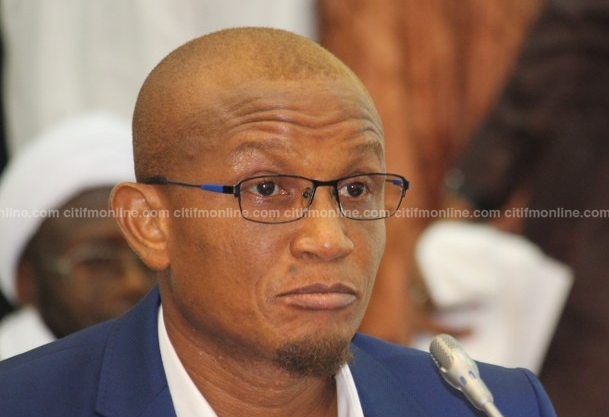 “First of all, government condemns the criminal conduct of these elements in the strongest possible terms. There is a manhunt for these criminal elements and we have no doubts in our minds that they will be brought to face justice.

“While this is one of the isolated incidents that have unsettled the Ghanaian population, we wish to continue to assure the Ghanaian people that the security agencies are working to ensure the general safety of the population. The preventive mechanism of the Police Service remains intact which helps to nip such occurrences in the bud before they become full blown criminal activities.”

The Interior Minister also assured that government had not lost control over the security situation in the country despite the recent attacks.

“There are challenges with our security and we will deal with it. Has government lost control over security ?No. Can we do better? Yes…And we are going to work together to deal with the issue” he said.

Mr. Dery said government will apprehend suspects involved in the Kwabenya incident, saying “the Police are on top of it. They are investigating it. They are making progress. We believe we will get back the people who have perpetrated it and we will deal with it.”

“I believe we need to confront the situation. How can we make it better. We have to work together and see how several ministries can come together. We need to deal with it. We have to get a sustainable way of dealing with it,” he added.