We reported earlier about the more than 100 young women who were kidnapped from a school in Chibok, north-east Nigeria in 2014, who will now be starting school at a special course at the American University in Yola, Adamawa state.

Many of this group were freed in May and have been in the care of the state, receiving counselling and other help. 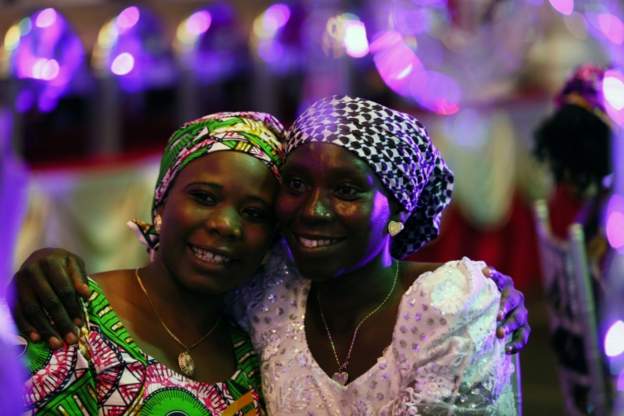 Last night, the government held a farewell party for them in the capital, Abuja, where Minister of Women Affairs Aisha Alhassan spoke to the BBC:

It’s a very happy night… because when these girls came back they were so traumatised they didn’t believe that they were free. They were having nightmares, you could see a lot of trauma in them… so we had to do a lot of therapy on them.

To the glory of God, they have now settled down, they have fully recovered.

They are very anxious to go home. Before when you talked about going home they would tell you that they didn’t want to go to Borno state, where the insurgency is happening, but now any time you tell them: ‘You will soon go home,’ they start shouting, singing and dancing, and they are also very anxious to go back to school.”

More than 100 of those who were taken by Boko Haram three years ago are still in captivity.