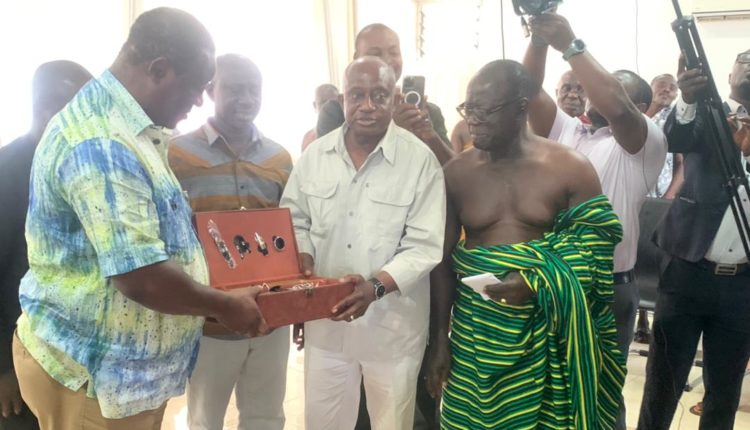 THE MINISTER of Roads and Highways, Kwasi Amoako Atta, is up in arms against some faceless people, who he insists are claiming undeserved glory for roads constructed by government.

According to him, all roads projects take one place in the Kwabre East Municipality, in the Ashanti Region, were awarded to contractors and funded by government so nobody should take glory for that.

“Read my lips, every road contract in Kwabre East now was awarded to contractors by the President Akufo-Addo’s administration so I will urge the public to ignore the erroneous impression that some private people are constructing the roads”.

The minister said the NPP administration values the people of Kwabre East Municipality, therefore the area would get their fair share of the national cake, especially, with regards to the construction of roads in the country.

According to him, the government’s year of roads agenda or train has now reached Kwabre East Municipality, stressing that most of the damaged roads in the area would be fixed from now to December.

“Kwabre East Municipality it’s now your turn in the government’s year of roads agenda. Starting from now till December 2023, most of your poor roads would be constructed”, to help beautify the place.

“We are going to intensify road works in this municipality this year and this is a firm promise from me today”, Amoako Atta declared and lauded the residents of Kwabre East for their patience and tolerance.

The Roads and Highways Minister was accompanied by the Ashanti Regional Minister, Simon Osei Mensah and other top officials from his ministry to inspect the road project.