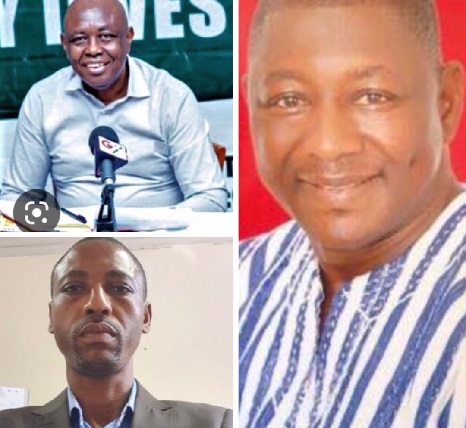 Some top current and former officials of the Northern Development Authority (NDA) are set to face a Tamale High Court (Criminal Division) on Tuesday January 31, 2023.

According to a statement from the Office of the Special Prosecutor, they have been charged  for conspiracy to directly or indirectly influence the procurement process to obtain an unfair advantage in the award of a procurement contract.

A&Q’s Consortium was reportedly contracted to supervise the implementation of the Infrastructure for Poverty Eradication Programme (IPEP) in some communities in the Upper West Region by the former CEO of NDA Dr. Sulemana Anamzoya.

Dr Anamzoya had accused his successor of allegedly perpetrating financial malfeasance in his (Anamzoya’s) name with respect to a contract awarded to A&Q’s Consortium.

In a petition to the Presidency, Dr Anamzoya detailed how the Sumaila Abdul Rahman-led management at the NDA had committed the alleged fraud in his (Dr Anamzoya’s) name.

“Quite recently, my attention was drawn to a contract purportedly signed by me while I was in office as the acting CEO of the NDA, a consultancy service contract to A&Q’s Consortium (A&Q’s) in the sum of ¢10,400,000 under the IPEP,” the petition said.

The office of the Special Prosecutor Subsequently Investigated the matter and recommended that all four persons face criminal prosecutions.

“On 1 July 2022, the Special Prosecutor directed the Controller and Accountant General to immediately freeze payments to A&QS under NDA’s implementation of the IPEP until the close of the investigation.

While lifting the directive in principle, the Special Prosecutor advises all public officers in the approval chain to advert their minds to the tenor of the 16 January 2020 PPA approval for the procurement by NDA of A&QS and to ensure value for money.

On the basis of the findings, the Special Prosecutor directs the criminal prosecution of the persons named below for respective breaches of the Public Procurement Act, 2003 (Act 663)”, the findings disclosed.