Ayisi Boateng Must Be Sacked – Mahama

Ayisi Boateng received widespread criticism for stating that his first priority is to members of the NPP, and that if he had his own way, members of the party’s Tertiary Students’ Confederacy Network (TESCON), will be prioritized for various job opportunities.

He added that, he views NPP members as more Ghanaian than others, comments which have attracted public scorn.

Despite the pressure on him to retract his comments or resign from his position, Ayisi Boateng initially reiterated his sentiments,  stating in a radio interview that, “when you have a large family but you first make your wife and children, eat first before others, what is wrong with that?”

He, however, eventually gave in to the public pressure, issuing a statement in which he retracted his comments and apologized to Ghanaians after a meeting at the Flagstaff House.

But President Mahama, speaking at a Unity Walk organised by the National Democratic Congress (NDC) in the Central Regional capital Cape Coast, said that the President has failed to show leadership for not dismissing Ayisi Boateng immediately for his comments.

According to him, the comments made by the country’s chief representative in South Africa were unworthy of a person in his position.

“The President seems unable to take firm action in anything. When I talk about the President not putting his foot down, we have a constitution and the constitution is the supreme law of the land. If you are a party officer, you can say whatever you want, there is no problem,” he said.

“You can say all jobs should go to NDC people before it goes to NPP people, if you are Allotey Jacobs. The government doesn’t pay you, taxpayers don’t pay you and you haven’t sworn an oath to anybody. But [not] when you are appointed as a High Commissioner and you swear an oath to the constitution of Ghana which says there shall be no discrimination and you shall do justice to all manner of persons.”

The former President criticized his successor for not showing his commitment to the promises he made to Ghanaians, to ensure opportunities for everyone devoid of political bias.

“When they [NPP] were looking for your votes, President Akufo-Addo said they shall open the opportunities of this country to all Ghanaians, irrespective of their party or ethnic affiliations. He came to power and now that the pigs are enjoying, they say some Ghanaians are more Ghanaian than others. For something like this, you don’t call the person to the Flagstaff House, draft an apology letter for him and ask him to sign. You sack him at once.” 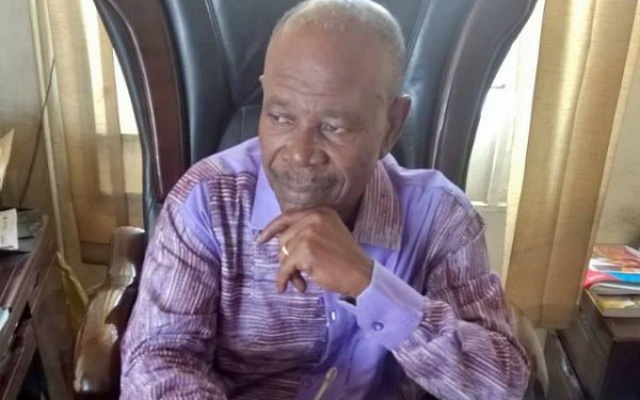 Ayisi Boateng stated in his apology that, “I  regret the effect of my speech delivered to the young party members which has generated public outcry. I, therefore wish to retract my comments and render an unqualified apology to the presidency and all Ghanaians.”

John Mahama berated the diplomat for his apology, suggesting that it wasn’t sincere and had not even been written by him.

Mahama Hints At Running For 2020 Elections