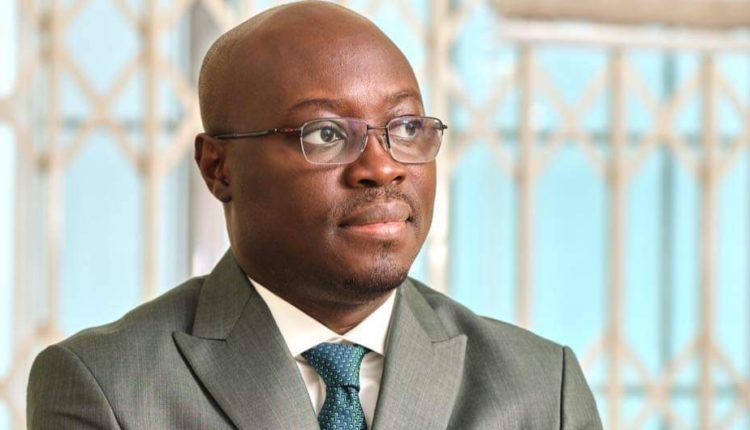 44-year old Dr Cassiel Ato Baah Forson, a former Deputy Minister for Finance, Member of Parliament (MP) for the Ajumako Enyam Essiam in the Central Region has been announced as Leader of the National Democratic Congress (NDC) Minority in Parliament, replacing Haruna Iddrisu who has led the side for the last six years.

The announcement was received with mixed reactions across the country although none of the reactions doubted the competence of Dr. Ato Forson as a capable leader of the Minority Group.

The NDC General Secretary, Fiifi Kwetey, in responding to threats from constituents of Haruna Iddrisu told Citi Eye Witness News last night that the announcement of the new leadership for the Minority is irreversible.

Fiifi Kwetey was categorical that Haruna Iddrisu himself was consulted before the announcement was made public and that the decision was taken after the top leadership of the NDC had reached a consensus.

He noted that the larger and collective interests of the NDC as a party should be placed ahead of the personal interest of any individual.

The announcement was contained in a letter signed by the NDC General Secretary, Fiifi Kwetey and addressed to the Speaker of Parliament, Alban Bagbin.

It named Kwame Agbodza as the Minority Whip with Ahmed Ibrahim and Comfort Doyo Ghansah as first and Second Deputy Whips respectively.

The letter, dated January 23, stated that the new leadership has been charged to recommend consequential changes at the ranking membership to the national headquarters.

Even without the beefing up of the NDC Minority side, it was able to wrestle with the New Patriotic Party (NPP) Majority led by Osei Kyei-Mensah-Bonsu and snatch to its side the Speaker of Parliament position.

Many times, the Minority Group has been able to whip all its Members to the Plenary ahead of critical voting when the Majority seemed unprepared and had to bend over backwards fling its Members into the country.

The reinforced NDC side would certainly be a crack team with the sole task of outsmarting and outwitting the NPP led Majority that is even already divided within and now has what has become known as a ‘Rebel MPs’ group.

With the reinforced Minority Group, the NPP Majority, more than ever, would require a tactful leadership that has no deficit in strategy.
It, as a matter of urgency, begs for a proactive and creative leadership with strategic negotiation acumen able to reach out to the other side of the divide and silently build consensus of mutual benefit behind closed doors before converging at the Plenary for the antics of parliamentary procedure.

Meanwhile, there are no indications whatsoever the NPP is considering a more tactical front that would not haplessly stand akimbo and watch with an unplanned glee while it is outwitted like it was during the vote for Speaker.

It does not need the ‘business as usual’ fire-brigade type of leadership that was incapable of managing the expectations of some of its Members to an extent they held a press conference to wash in public, several yards of unclean linen.

The Majority Leader, Osei Kyei-Mensah-Bonsu, after some 28 years in Parliament, has repeated on several platforms and media interviews that he is no longer interested in returning to Parliament after his current term.