MOGO 2019: The legends, the legacies and the lasting impression

The auditorium of the National Theatre was filled on the evening of Saturday, March 23 2019 as indigenous highlife music was celebrated at the Music of Ghanaian Origin concert.

Patrons of this year’s MOGO concert were kept on their feet throughout the event as the artistes dazzled with amazing performances, with many describing it as one of the best they have experienced so far. 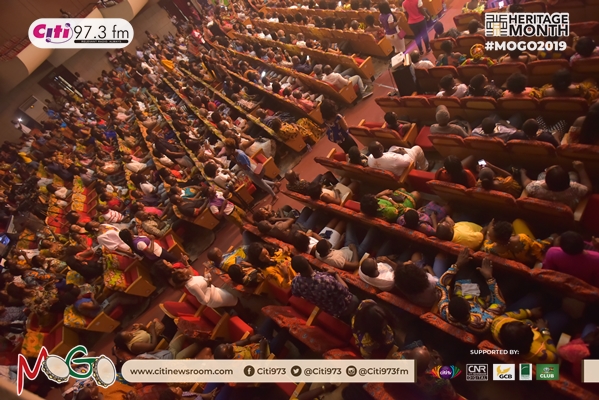 This year’s MOGO featured the ‘native son’ of Ghanaian music, Amandzeba, Adane Best, Cina Soul, Kofi B, the Kwan Pa Band, Bessa Simons, K.K. Kabobo, Kwabena Kwabena and Akwaboah who all electrified the audience with their stagecraft throughout the night.

MOGO 2019 was not your regular music concert; it celebrated highlife like none before.

Young acts and legends of highlife thrilled the audience all night with songs that got them off their feet and singing along.

It was a celebration of the past with acts like KK Karbobo who, with over 40 years experience in the music industry and multiple appearances at MOGO, didn’t look a day over 30 on stage as he sang and danced energetically. 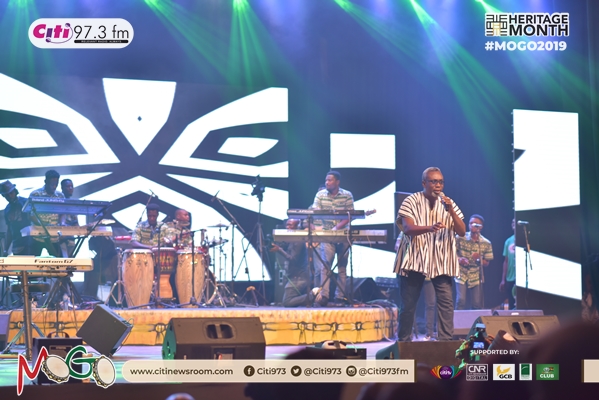 Bessa Simmons was no different briskly jamming on his keyboard as he delivered hit after hit.

For those who were thrilled by their performance at the Accra music expo a week earlier, there was a whole lot more  from Cina Soul, and Adane Best as they ramped up their acts. 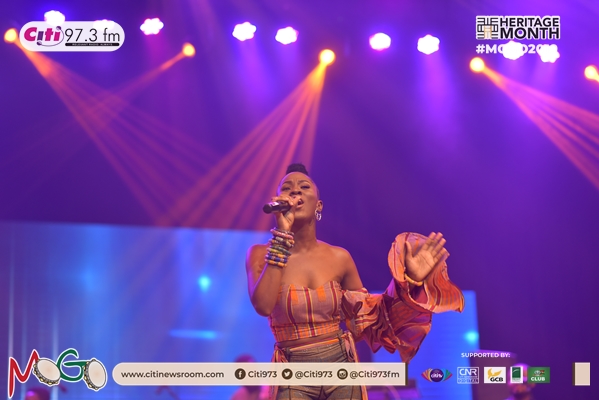 Akwaboah with his silky voice performed some great songs from his father and grandfather, to which many of those present sang along excitedly.

Celebrated acts like Amandzeba and Kwabena Kwabena also did not disappoint with their intense, crowd-pleasing displays.

Amandzeba who has always portrayed the rich African culture through his personality, craft, kept patrons wanting more as he sang ‘Dede’.

Patrons described the performance of the Kwan Pa band as a skillful. With their original palm wine traditional songs, they got audience involved, with many calling for an encore.

MOGO 2019 was simply a blend of the old and the new, filling up the national theatre with so much energy, the lighting was almost needless.

It created lots of nostalgic moments. MOGO really brought alive memories and performances that took patrons off their feet and will most certainly have left a lasting impression on everyone who came

The excitement among the audience was palpable as they sang along throughout the night. The concert indeed lived up to their expectations, expectations which will definitely skyrocket for MOGO 2019.

Nothing stops a musician from becoming an MP – Obour