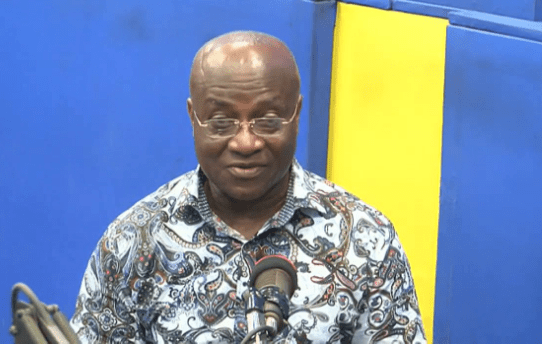 Majority Leader, Osei Kyei-Mensah-Bonsu, has explained that the fact that his side in Parliament softened their initial stance and allowed embattled Finance Minister Ken Ofori-Atta to present the 2023 Budget Statement and Economic Policy should not be misinterpreted to mean the side has backed down on their demand to get him sacked from office if he would not resign.

“It is not a back-down. When we met the President, he appealed that given where we were as a country and our negotiations with the IMF, if the man who had led the negotiations to be ousted immediately, it would put into disarray the negotiations that were going on at the time.

“So it was agreed that given the circumstances, we should recline to the earlier position and based on the assurances that we were given by the President to allow the Finance Minister to present the budget then thereafter ensure that the Appropriation Bill is also presented to the House for approval by either the 20th or 21st of December and then thereafter the needful would be done. We believe in the Commitment of the President”, Kyei-Mensah-Bonsu told TV3 as an explanation to how Ken Ofori-Atta was allowed to present the Budget statement.

“Let’s get to that bridge and we shall cross it but I believe that The President would positively respond to his own commitment”, Kyei-Mensah-Bonsu noted when asked what would be the next line of action by the Majority Caucus if after the Appropriation Bill, Ken Ofori-Atta continues to remain in office.

The Majority Leader revealed that contrary to talks that his side had backed down on their demand to get Ofori-Atta out of office, they only allowed him present the Budget after a crunch meeting on the eve of the presentation.

“We met at a crunch meeting, I should say, and at that meeting, we finally decided that given where we were, if the budget is to brought o Parliament tomorrow, even if you want to introduce somebody to come and read the budget as I did for 2021, that person would have to be walked through the budget and it is not going to take just one day for the person to take procession and ownership of the document which is the President’s anyway.”

Indeed the Majority Group issued a statement which said it was only allowing Mr. Ofori-Atta present the Budget based on the plea of Akufo-Addo and after that they expect the needful to be done.

The statement read in full:

RESOLUTION OF IMPASSE IN THE NPP PARLIAMENTARY GROUP

Over the past two weeks, especially, after the President had engaged the Majority Caucus over calls for the ouster of the Minister of Finance as well as the Minister of State at the Ministry of Finance and a statement on the engagement had been issued, the country has witnessed a heightened public/media discussion on same subject matter.

There have been occasional individual interventions some of which have not helped the resolution of the issue in contention. On the other hand, some of these interventions have contributed to escalate tensions and suspicions.

At a meeting this evening, the 22″ of November 2022, involving the Majority Caucus, the Leadership of the Party and the Council of Elders, it has been agreed by all to refocus and recline to the earlier position requested by the President, to wit:

1. The demand be stood down until the conclusion of the round of negotiations with the International Monetary Fund (IMF) which would feed into the 2023 Budget;

2. The presentation of the 2023 Budget Statement and Economic Policy on the 24th November 2022 by the Finance Minister on behalf of the President; and

3. The subsequent presentation and passage of the Appropriation Bill

The meeting agreed that the President would act upon the initial request of the NPP Parliamentary Caucus after the conclusion of these matters.

Leadership and the Party in this regard call upon the Members of Parliament to attend to all Government Businesses in the House including, in particular, the 2023 Budget Statement and Economic Policy and all connected matters.