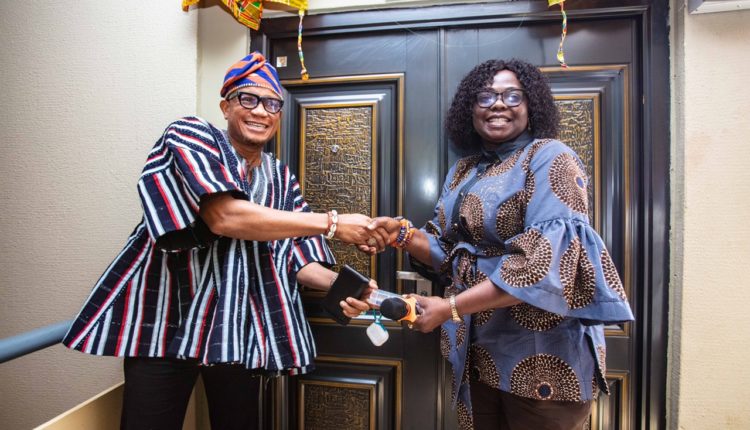 The Chief Executive of the National Petroleum Authority (NPA), Dr. Mustapha Abdul-Hamid, has urged Ghanaians to refrain from bastardizing the country and rededicate themselves to its development.

He again charged public officers to stop shortchanging the country for their selfish gains.

The NPA Boss says Ghana offers more opportunities in education than the advanced countries of America and Britain.

He said the privileges were created by successive governments since Dr Kwame Nkrumah, and expressed worry that beneficiaries of such pro poor educational policies were not showing gratitude to the country.

He said instead of lauding Ghana for making them who they are, such people are rather badmouthing the country.

Dr Abdul-Hamid made the call at the unveiling of a refurbished conference room for the Bono Regional Coordinating Council (BRCC) in Sunyani on Tuesday.

The conference room was refurbished by the NPA as part of its Corporate Social Responsibility upon a request by the BRCC.

The conference room, which is used for Regional Security Council Meetings, conferences and workshops, was in its poor state as the desks and seats were broken, window glasses smashed and curtains faded and torn.

Using himself as an example, the NPA Boss said he could not have been who he is today but for the educational opportunities he enjoyed, such as the Northern Education Scholarship Scheme, and the low cost of tertiary education from the First Degree through to PhD.

He said many youth in America and Britain could not attain tertiary education because it cost more than $100,,000 to finish First Degrees.

Dr Abdul-Hamid said many people who ventured to pursue tertiary education in America and Britain were saddled with loans that they pay for the rest of their lives.

However, he said, the cost of tertiary education in Ghana was far less.
Besides, Dr Abdul-Hamid said people were being paid for pursuing nursing and teacher training courses.

“This country is a blessing. We have no choice as Ghanaian people but to contribute whatever we can and the little we can in whatever corner we find ourselves for the betterment of our country”, he said.

That, she said, was a drain on the Council”s limited finances aside the security threat it posed.

Ms Banahene thanked the NPA, especially Dr Abdul-Hamid for spearheading the refurbishment of the conference room in a record time, and promised to maintain it for present and future use.

The NPA team included a Board Member, Ms Diana Mogre, and the Director of Corporate Affairs, Mrs Maria Oquaye.